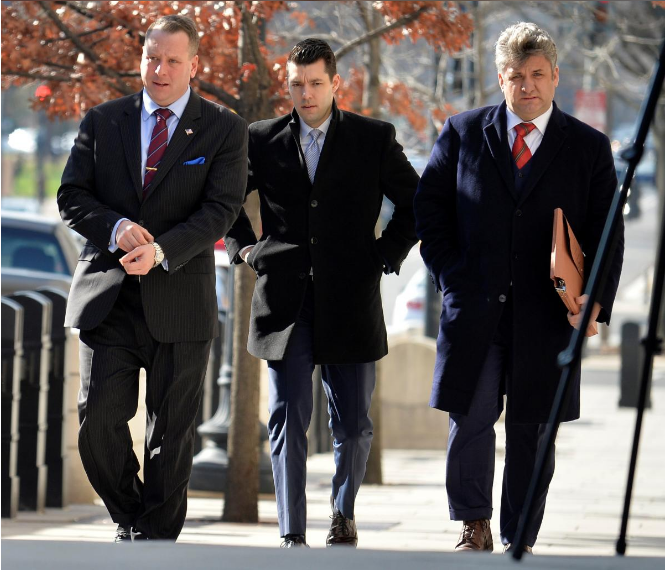 Former Donald Trump campaign aide Sam Nunberg, who had balked at testifying in the investigation of Russian meddling in the 2016 presidential campaign, appeared at the federal courthouse in Washington on Friday as part of Special Counsel Robert Mueller’s probe.

Nunberg made no comment to reporters as he entered the federal courthouse, other than to say that he would not make a statement after his grand jury testimony.

Nunberg had been subpoenaed by the federal grand jury but in a daylong televised circus on Monday he said he would ignore the order, even at the risk of going to jail. Later in the day, he said he would comply with the subpoena.

Nunberg shocked Washington observers with his series of unfiltered and sometimes contradictory interviews on Monday. He offered speculation on figures in the Russian investigation and said he did not want to sort through his emails as Mueller’s subpoena had ordered.

A CNN interviewer told Nunberg she smelled alcohol on his breath but he denied he had been drinking. On Tuesday, Fox Business Network reported Nunberg intended to seek treatment for alcoholism following his grand jury appearance.Nunberg, 36, is an associate of Trump ally and longtime political consultant Roger Stone. Mueller wants to determine whether Stone played any role in the publication of Democratic emails hacked by Russian intelligence operatives, according to sources familiar with the investigation.

Russia has denied the allegations and Trump has said there was no collusion between Moscow and his campaign.

Nunberg first worked for one of Trump’s businesses and later helped advise his presidential campaign, but he was fired in August 2015 amid reports that he posted racially charged messages on Facebook.