Russia rejects US proposal for UN emergency meeting on Iran

The Security Council is responsible for maintaining global peace and security, and Iran's internal issues have nothing to do with its mission, Ryabkov said.

"Iran's domestic affairs have nothing to do with the United Nations Security Council's role," he said.

He said Russia will roll out its own position, which is in line with the norms of international law. 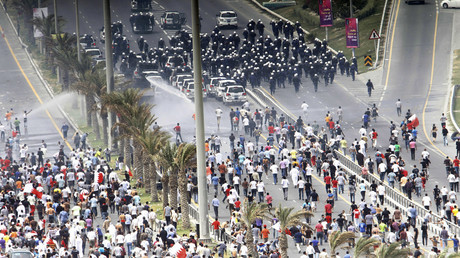 Earlier this week, US envoy to UN Nikki Haley said Washington sought to convene emergency meetings at the UN headquarters and human rights council in Geneva.

Over the past week, riots broke out in some Iranian cities in protest against price hikes and economic woes.

US President Donald Trump and a number of other US officials, including Vice President Mike Pence, have sided with the protesters.

Iranian Ambassador to the United Nations Gholamali Khoshroo has slammed the US government's recent attempts to intervene in the domestic affairs of the Islamic Republic.