HEADLINE Russia to prove US missile interceptions in Syria

Russia to prove US missile interceptions in Syria 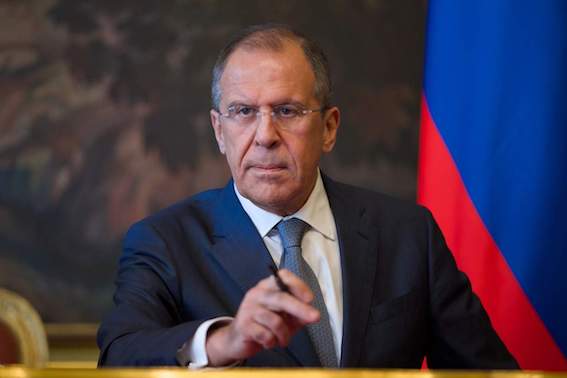 Syrian forces used Soviet-era air defense systems and fired 112 surface-to-air missiles to repel the US-led strikes, destroying 71 out of the 103 missiles launched by the Western coalition last week, according to the Russian Defense Ministry. However, the Pentagon said the missiles "successfully hit every target".

"Our general staff has a very clear picture (of the strikes). We watched everything happening in real time. We are ready to be responsible for the statistics that our military provided," Lavrov said in an interview with Russia Today.

He asked the United States and its allies to prove that their all missiles hit the targets.

Lavrov also said that earlier, Russia had decided not to supply its modern S-300 air defense system to Syria following the request of Western countries, which said the move could destabilize the situation, although the system is purely defensive.

"Now we have no such moral obligation," he remarked.

The S-300 system was first deployed in the former Soviet Union in 1979 and has been upgraded several times since then to become one of the most advanced air defense systems in the world.

The United States, along with Britain and France, launched joint airstrikes on military targets in Syria on April 14 for the Bashar al-Assad government's alleged use of chemical weapons in Douma, the last rebel-held town in Eastern Ghouta near the Syrian capital, earlier this month.

Syria denies the allegation, which has not been independently investigated and verified.