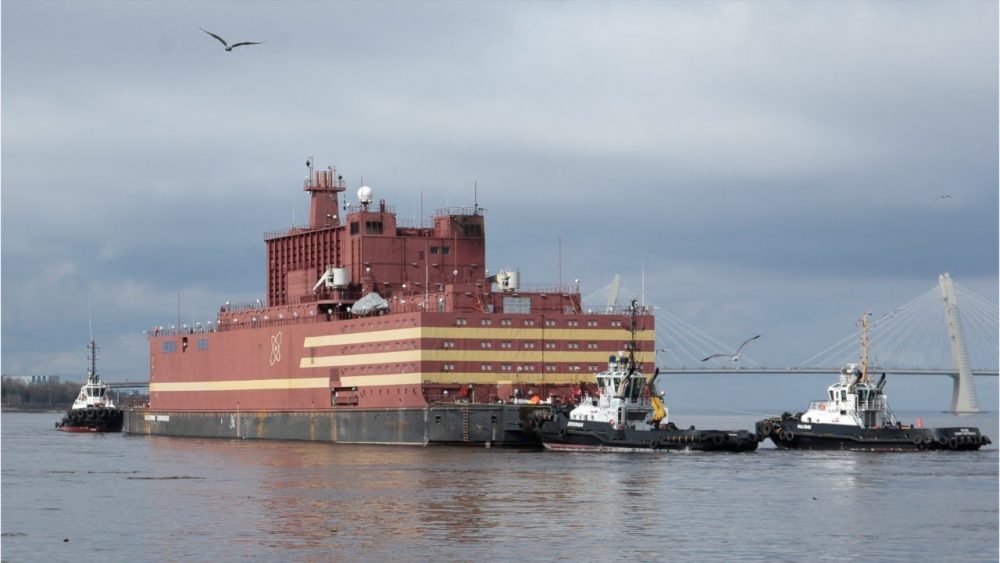 Russia on Saturday unveiled the world's first floating nuclear power station at a ceremony in the port of the far northern city of Murmansk where it will be loaded with nuclear fuel before heading to eastern Siberia.

Built in Saint Petersburg, the Akademik Lomonosov arrived in Murmansk on Thursday where it was moored in the port and presented to the media on Saturday.

Constructed by the state nuclear power firm Rosatom, the 144 by 30 meter ship holds two reactors with two 35 megawatt nuclear reactors that are similar to those used to power icebreaker ships.

The 21,000-tonne barge will be towed in the summer of 2019 to the port of Pevek in the autonomous Chukotka region in Russia's extreme northeast, 350 kilometers north of the Arctic Circle.

The barge can produce enough electricity to power a town of 200,000 residents, far more than the 5,000 live in Pevek, Russia's northernmost town.

It will be primarily used to power oil rigs as Russia pushes further north into the Arctic to drill for oil and gas and needs electricity in far-flung locations.

Vitaly Trutnev, who is in charge of the construction and operation of floating nuclear power stations at Rosatom, said such units would "supply electricity and heat to the most remote regions, supporting also growth and sustainable development."

He said use of such floating reactors can save 50,000 tons of carbon dioxide emissions per year.

The barge had initially been scheduled to be fuelled in Saint Petersburg, but that work was moved to Murmansk instead due to concern in countries along the Baltic Sea.