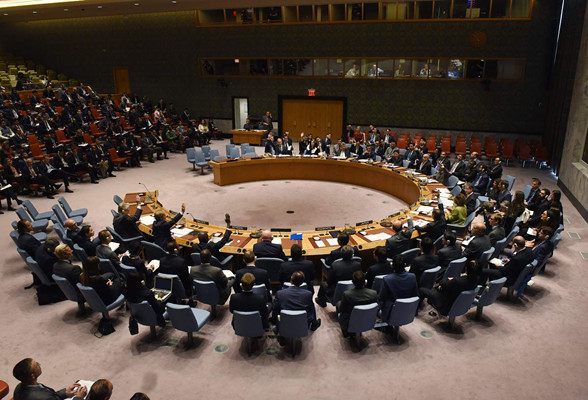 UNITED NATIONS, Oct. 24 (Xinhua) -- Russia on Tuesday vetoed a Security Council draft resolution that would have renewed for an additional year the mandate of the Joint Investigative Mechanism (JIM) of the United Nations and the Organization for the Prohibition of Chemical Weapons for the use of chemical weapons in Syria.

Prior to the vote, Russian ambassador to the United Nations Vassily Nebenzia proposed a postponement, arguing that the extension of JIM's mandate should be discussed after the publication of the JIM report, which is only two days away. Russia's proposal was put to vote and was rejected by the Security Council 8-4, with three abstentions.