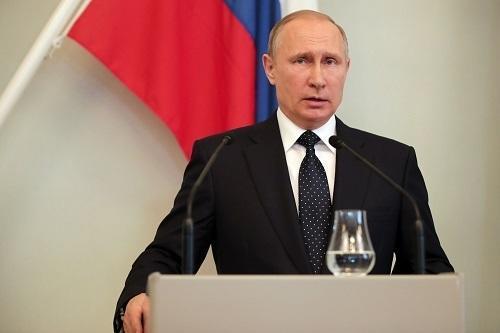 Russian President Vladimir Putin said on Wednesday that Russia would not prevent its athletes from competing at the 2018 Pyeongchang Winter Olympics if they so desired.

Putin added that Russia accepted some responsibility for the International Olympic Committee (IOC) decision to ban the country from the upcoming Games but said the accusations against Russian athletes banned for alleged doping violations were baseless.

The IOC on Tuesday banned Russia from the Olympics after evidence emerged of an "unprecedented systematic manipulation" of the anti-doping system.

The door was left open, however, for Russians to compete as an "Olympic Athlete of Russia" as long as they satisfy strict conditions that show they have a doping-free background.