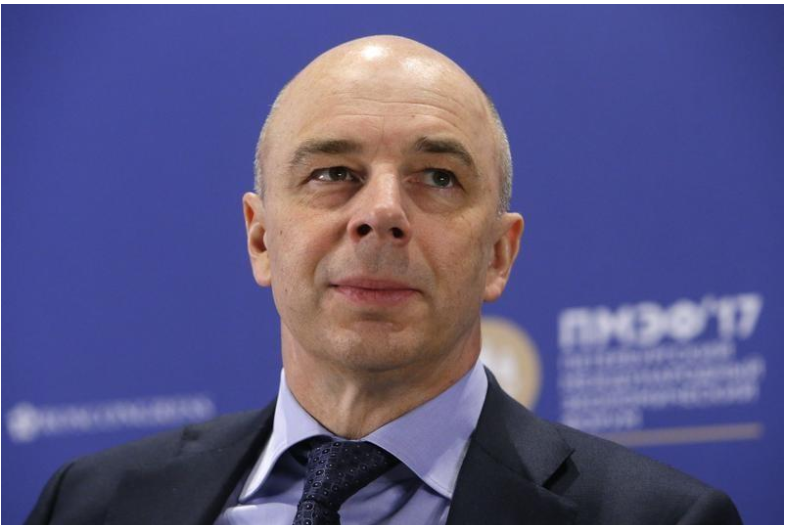 The Russian finance ministry plans to increase purchases of foreign currency for its reserves next year, reducing ruble volatility in a presidential election year, the Finance Minister said on Tuesday.

After two years of recession and a draining of reserves amid a sharp drop in the price of oil, Russia’s key export, the finance ministry has decided to replenish coffers and insulate the ruble by setting a budget rule.

According to the rule, the finance ministry will buy dollars and other foreign currency when Russia’s crude blend Urals URL-E trades above $40 per barrel, the level factored into the budget. The higher the oil price, the bigger the forex purchases would be.

Finance Minister Anton Siluanov said the finance ministry could spend around 2 trillion rubles ($35 billion) on foreign currency next year if Urals prices are at $54-55 per barrel.

“This would more than offset the envisaged reserves spending next year,” Siluanov said, adding that his ministry would increase foreign exchange purchases next year to level of up to 70 percent of non-oil and gas budget revenues from around 30-40 percent at present.

Speaking to reporters, Siluanov said the increased foreign currency purchases would reduce the ruble’s vulnerability to volatility on capital markets in 2018.

President Vladimir Putin, who will seek re-election for another six years in March, said this year the ruble’s stability was more important than its actual exchange rate.

If oil prices average $60 per barrel, the finance ministry would buy around 2.8 trillion rubles, Siluanov said.

Analysts at ING had predicted the finance ministry would increase its foreign currency purchases to more than $27 billion in 2018 from around $15 billion in 2017.

The central bank carries out these purchases for the finance ministry but does not consider them as interventions aimed at bringing the ruble to a certain level as the rouble has had a free-floating status since 2015.

Siluanov said he expected the ruble, trading in a range between 57 and 59 versus the dollar for a few weeks, to stay at these levels in 2018 if oil prices hover near $55 per barrel.

The ruble forecast is valid if “there are no new additional sanctions and nuisances due to external restrictions,” Siluanov said.

Russian authorities largely dismiss risks of new US sanctions, which could be imposed in 2018 and could ban purchases of Russian debt, but are still bracing themselves for possible shocks in 2018.

Russia is likely to run a smaller-than-expected budget deficit this year as some of the planned spending has been postponed until next year, Siluanov said.

The 2017 deficit is now seen at 1.5 trillion rubles, which accounts for 1.6 percent of gross domestic product, Siluanov said.

The earlier approved budget plan envisaged a budget deficit of 2.1 percent of GDP.

The budget deficit target for 2018 stands at 1.3 percent of GDP.

Part of the budget shortfall next year will be covered by Russia’s No.1 state-owned lender Sberbank that is expected to channel around 130 billion rubles worth of dividends to the budget, Siluanov said.