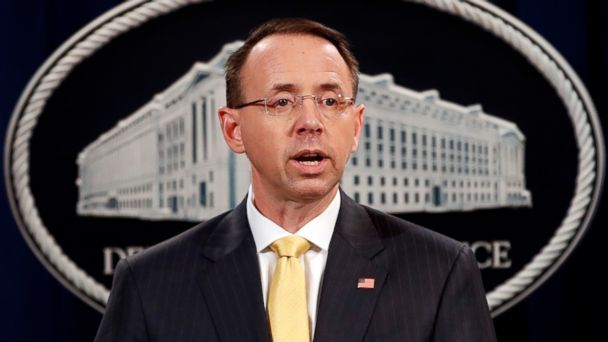 Washington (People’s Daily) - For the non-stop Russian meddling drama, a new episode has stirred fresh debate. On Friday, Feb 16, a 37-page indictment revealed the most detailed information of a three-year Russian plot to interfere in the 2016 US presidential election. 13 individuals and three companies from Russia were charged.

The indictment, signed by special counsel Robert S. Mueller Ⅲ and announced by Deputy Attorney General Rod J. Rosenstein, contains no evidence of collusion between Russia and the Trump campaign, but is another hit to the results of the 2016 presidential election. The indictment provided a series of comic details of how Russian Internet trolls operated to influence the unwitting American using fake or stolen identities. Rosenstein declared that the Russian Internet trolls had a strategic goal to sow discord in the US political system and it is Russia’s information warfare.

The charges are the first lodged against Russians in Mueller’s wide-ranging and months-long probe on the Russian meddling in the 2016 presidential election. The Internet Research Agency, based in St. Petersburg, was named as the hub of interference,  with Yevgeny Prigozhin, the man behind the company, and 12 other people from the company on the list. None of them will likely face trial, but they may be prevented from traveling outside Russia.

Trump’s reaction to the indictment is to cut relations with Russia again, and posted a new feed on his social media account that vindicated himself. The feed said the Trump campaign did nothing wrong and that there was no collusion. This new move aroused even more suspicion. The editorial of the Washington Post called the reaction “inappropriate on two levels”. The first one is Trump is supposed to declare that no foreign power has a right to campaign secretly against an American candidate. The second is Mueller’s investigation is still going on and has not ruled out the possibility of collusion.

Social media also was criticized for failing to regulate the content on their platforms. The editorial suggested that censorship should not be an option, but rather better education on the threat.

The indictment didn’t show any clues about the future, since it was released three days after Director of National Intelligence Dan Coats and other top national security officials warned in Senate testimony that the new target of Russian meddling is the upcoming 2018 mid-term elections. It’s up to Trump’s administration, Congress and the tech firms to cooperate to stop possible meddling. But according to a White House statement, the Trump administration will still focus on the lack of collusion evidence, and has shown no interests in fixing the institutions. The tech firms are just starting to avoid deceptive information. The editorial from the Washington Post called on Congress to step up. However, considering the growing rift between the two parties, it is hard to imagine them reaching an agreement on the issue.

(The author is a correspondent of People’s Daily)