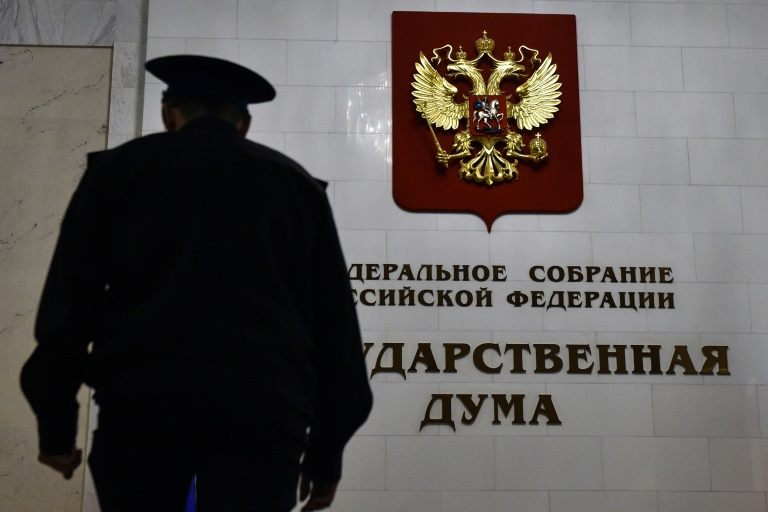 Influential Russian media groups said they would no longer send journalists to cover the lower house of parliament, the State Duma.(Photo: AFP)

Top Russian media outlets launched a rare boycott of parliament on Thursday after it dismissed claims from several journalists that a senior lawmaker had sexually harassed them.

But on Wednesday, the parliamentary ethics commission said it had found no violations in the behaviour of the 50-year-old lawmaker from the nationalist Liberal Democratic Party.

The journalists broke their silence on a subject that is still largely taboo in Russia as the "#MeToo" movement swept across the globe.

The boycott is a rare campaign of solidarity in a country where all major television channels are state-controlled.

The Vedomosti business daily said it would boycott Slutsky and the ethics commission's members.

Journalists have the constitutional right to safety and dignity, it wrote.

"The State Duma should adopt all measures including legislative ones so that such things do not happen within its wall or outside them."

Popular independent online news site Meduza urged readers to share on social media a picture of the lawmaker with the words, "I believe that Slutsky must quit the State Duma".

Some media groups such as Kommersant business daily did not pull their parliamentary correspondents but said they would no longer be asking Slutsky for comments.

Kremlin-friendly online news portal Lenta said it would ignore Slutsky's existence and delete all its articles about him except those covering the sexual harassment claims.

According to an audio recording of the closed-door ethics committee hearing that was leaked to the press, a lawmaker with the ruling United Russia party, Shamsail Saraliyev, called the women "enemy media".

"All the journalists who raised this subject today are journalists of Western media, I call them enemy media," he was quoted as saying.

President Vladimir Putin's spokesman Dmitry Peskov declined to comment saying, "This is not an issue for the presidential administration."

Rustamova, one of the two female journalists who gave testimony, told AFP she was grateful for the "solidarity and support" of colleagues.

'Return to the norm'

"This is a return to the norm which we are so lacking," former lawmaker and opposition politician Dmitry Gudkov wrote on Facebook, lamenting that national TV channels and Russian news agencies "were keeping silent".

"This is a very important (I'd even say dramatic) story concerning Slutsky," top opposition leader Alexei Navalny wrote on Twitter.

Slutsky was largely supported by his colleagues, including Liberal Democratic Party leader Vladimir Zhirinovsky, who accused the journalists of "receiving orders from the West".

In 2014, Zhirinovsky, who often makes highly offensive and misogynist statements, told his bodyguard to "rape in a rough manner" a pregnant reporter in comments broadcast on national television.

There is no law defining sexual harassment and even rape cases often do not make it to trial, while the punishmnent for domestic violence has recently been reduced.

Putin, who prides himself on his alpha-male image, was quoted by Kommersant in 2006 as praising the sexual stamina of then Israeli president Moshe Katsav after he was accused of multiple rapes.

"What a powerful guy he turned out to be! Raped 10 women! We all envy him!" Putin said.