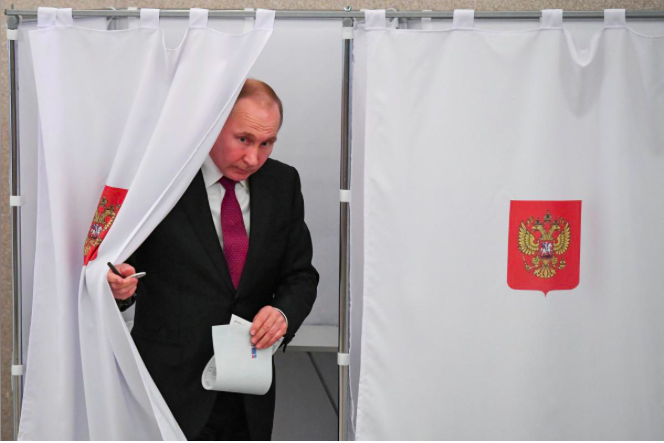 Russian President and Presidential candidate Vladimir Putin at a polling station during the presidential election in Moscow, Russia March 18, 2018. Yuri Kadobnov/POOL via Reuters

Russian President Vladimir Putin won a landslide re-election victory on Sunday, extending his rule over the world’s largest country for another six years.

Here are official preliminary results after nearly 50 percent of the votes had been counted*: