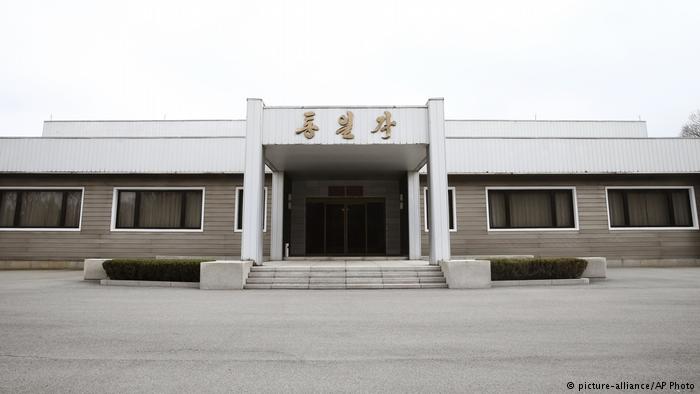 South Korea and the Democratic People's Republic of Korea (DPRK) on Saturday held a working-level talks to discuss setting up a hotline between leaders of the two countries, Seoul's presidential Blue House said.

Three working-level officials from the Blue House and the unification ministry held talks with their DPRK counterparts for about three hours from 10:00 a.m. local time (0100 GMT) at Tongilgak, a DPRK building at the border village of Panmunjom.

The lists of delegations were not unveiled for security reason, according to local media reports.

The two sides allegedly discussed where and how to set up and manage the hotline between South Korean President Moon Jae-in and top DPRK leader Kim Jong Un.

Moon and Kim agreed to have their first phone conversation through the established hotline before their first summit on April 27 at Peace House, a South Korean building in Panmunjom.

Another round of working-level dialogue will reportedly be held next week to finalize the establishment of hotline.