S. Korea, DPRK open hotline between leaders ahead of summit

SEOUL, April 20 - South Korea and the Democratic People's Republic of Korea (DPRK) opened their first-ever hotline of direct dialogue between the leaders of the two sides ahead of the inter-Korean summit, the Blue House of South Korea said Friday. 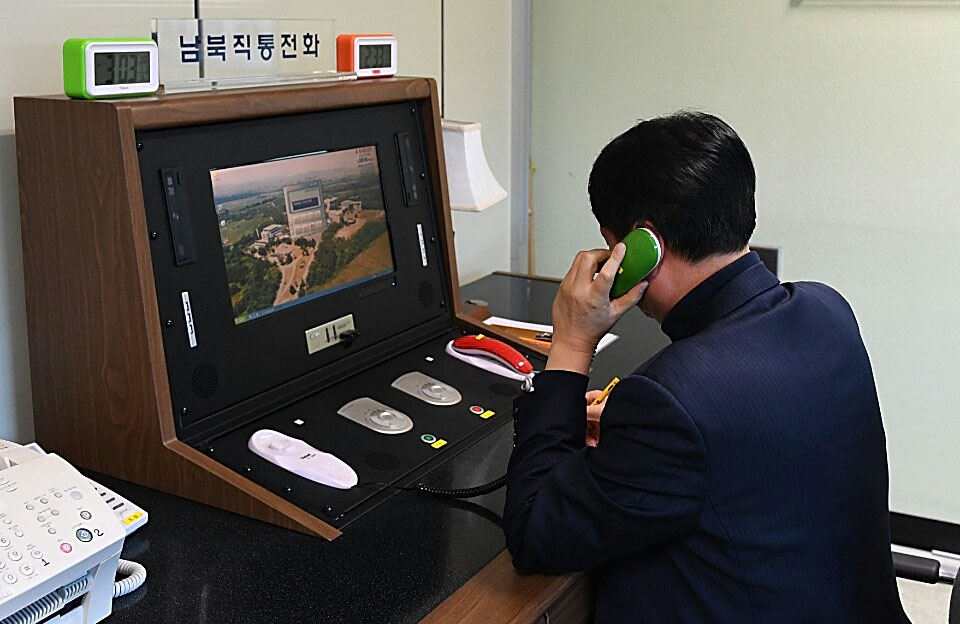 Yun Kun-young, director for the Blue House's government situation room, told a press briefing that the connection of "the historic telephone line" between the leaders of the two Koreas was completed.

The phone line linked the Blue House with the State Affairs Commission of the DPRK. The phone for direct call to top DPRK leader Kim Jong-un was installed on the working desk inside the office of South Korean President Moon Jae-in. The DPRK hotline phone was also placed in Kim's office.

Working-level officials from the two sides made a test call for over four minutes at about 3:41 p.m. local time (0641 GMT). It had a good connection on the hotline, which Yun likened to hearing the call right in the next door.

Moon and Kim agreed to have their first conversation via the hotline before holding their first summit meeting on April 27 in the border village of Panmunjom.

It marked the first time since the 1950-1953 Korean War ended in armistice that the two Koreas linked the hotline for direct dialogue between respective leaders.

A separate meeting of the presidential committee to prepare for the third-ever inter-Korean summit will be held in Panmunjom next week, he added.

The first and second inter-Korean summits were held in Pyongyang in 2000 and 2007, respectively.

The third summit is set to be held at the Peace House, a South Korean building in Panmunjom on April 27.