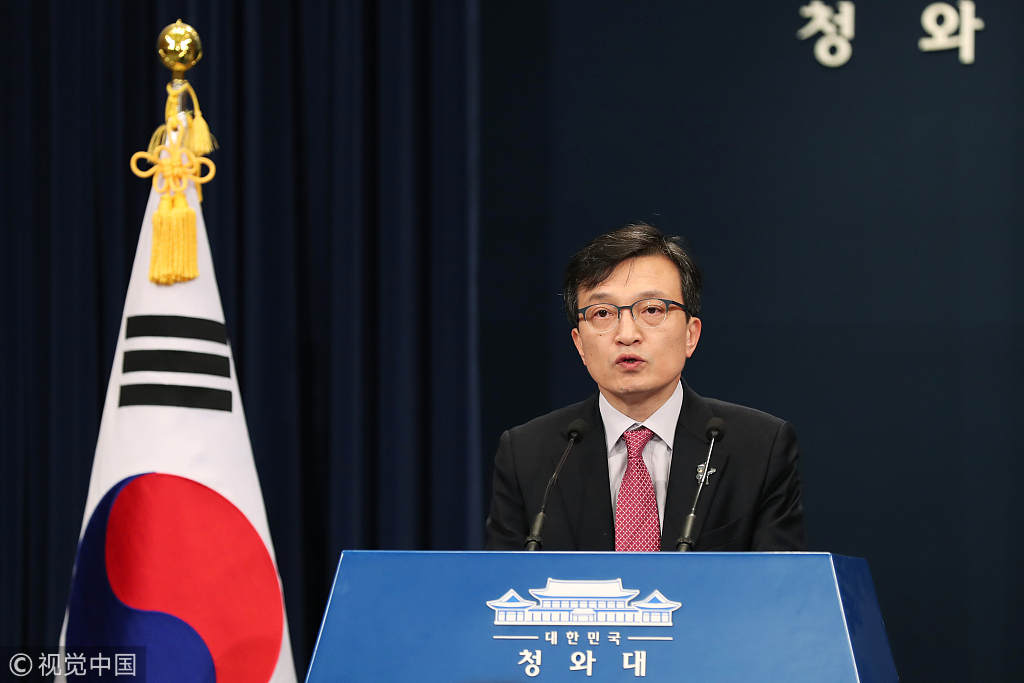 Kim Eui-kyeom, spokesman for President Moon Jae-in, said in a statement that South Korea welcomed the DPRK's announcement Saturday to hold a ceremony for the dismantling of its nuclear test site from May 23 to May 25.

The spokesman said it was an expression of the DPRK's willingness, not with a word but with an act, to keep on promise that Pyongyang made during the inter-Korean summit.

Moon and top DPRK leader Kim Jong Un met on April 27 in the border village of Panmunjom. During the meeting, Kim promised to dismantle the Punggye-ri underground nuclear test site in northeastern DPRK and transparently show the dismantlement to the world.