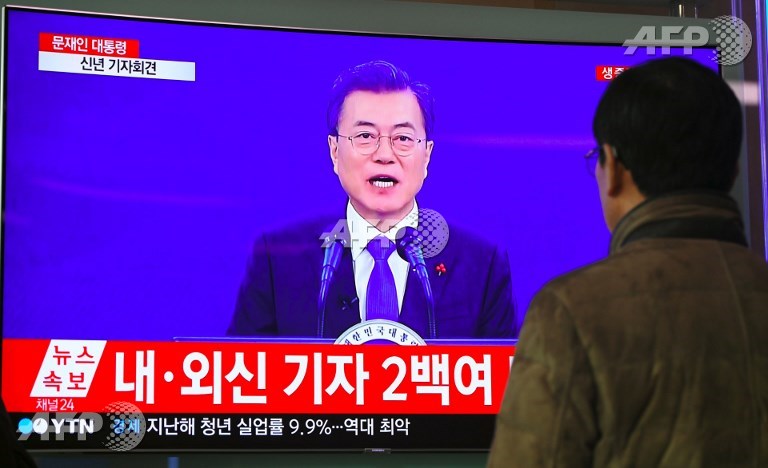 Denuclearisation of the Korean peninsula is "the path to peace and our goal", South Korean President Moon Jae-In said Wednesday, a day after the North agreed to send its athletes to the Winter Olympics in his country.

Delegates from North and South Korea held their first official talks for two years on Tuesday at Panmunjom in the Demilitarised Zone that divides the peninsula.

They agreed that the North would send athletes and officials to the Games, which begin in Pyeongchang next month.

Moon would be willing to meet the North's leadership if the conditions were right, he said at his second press conference as head of state.

"Under the right conditions, I can hold a summit at any time," he said.

"But it cannot be a meeting for meeting's sake. To hold a summit, the right conditions must be created and certain outcomes must be guaranteed."

Moon has long supported engagement with the North to bring it to the negotiating table over its banned weapons programmes, which have alarmed the US and the global community, and seen Pyongyang subjected to multiple sets of United Nations sanctions.

But the US has said that it must stop nuclear tests for talks with Washington to take place.

"We have no difference in opinion with the US," Moon said. "The United States has shown complete support for inter-Korean talks and expressed hopes to the South that it will help with resolving North Korea's nuclear issue."