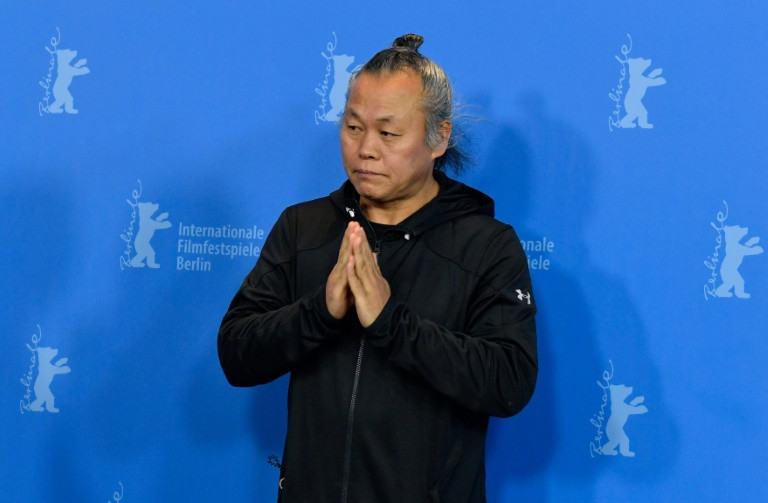 A South Korean director in the eye of a #MeToo storm defiantly rejected abuse accusations against him at the Berlin film festival Saturday, saying he ensures no one "suffers" on the sets of his ultraviolent, sexually explicit art movies.

Acclaimed filmmaker Kim Ki-duk, who has picked up prizes at the Cannes, Venice and Berlinale festivals, faced a barrage of questions from reporters about allegations of physical and sexual abuse by an actress he worked with in 2013.

His invitation to the Berlinale prompted the actress to accuse festival organisers of "hypocrisy" given they have said they want to spotlight rampant sexual misconduct in the industry.

Kim, 57, insisted that "safety and respect" take top priority in all of his productions.

"No matter how fantastic a film is, we must make sure that nobody feels insulted during shooting and that applies for everybody, both cast and crew. That's been my fundamental approach therefore I very much regret this incident."

Asked whether he wished to apologise for his treatment of the actress, who has declined to be publicly named, Kim insisted he was unaware of any wrongdoing on his part.

"What we were actually doing was rehearsing a scene. We were on the set, there were a lot of people present. My crew back then did not object at all or say that it was inappropriate," he said.

"I don't remember exactly what happened but it really was related to artistic performance, to the acting. I believe that the actress interpreted this incident differently than I did."

The actress came forward last year and said Kim forced her into unwanted, unscripted sex and nude scenes and slapped her repeatedly while shooting his 2013 award-winning film "Moebius" -- before replacing her with another actress.

Prosecutors dropped the sex abuse charge citing lack of evidence but fined Kim five million won ($4,600) for assault under a procedure to settle minor cases out of court.

The actress -- who said she quit acting due to trauma -- has appealed against the decision to dismiss the sex abuse allegation.

But Kim said for him the case was closed.

"There's been a ruling in this case now and I've shouldered the responsibility," he said.

"I don't entirely agree with the ruling but I believe that these processes are also part and parcel of changing the system and helping us to make progress in the film industry. I'll certainly bear this in mind in future as well."

Kim presented his latest picture "Human, Space, Time and Human", which like many of his films includes brutal rape scenes.

He insisted his movies' often violent content did not reflect his own behaviour.

"I would like to be a good human being in my life," he said.

"My daily life is not like my films and I wouldn't like to live that way. So please don't draw conclusions about my personality because of looking at my films."

Japanese actress Mina Fujii, who plays Eve in the film, an allegorical mother of humanity who is raped by five men on screen, said she had a good experience making the movie.

"Working with Kim Ki-duk was very positive, there was a pleasant atmosphere on the set," she said.

"That may be a little bit surprising when you look at this rather particular film."

The Berlinale, the first major European film festival since the wave of abuse allegations about powerful producer Harvey Weinstein emerged in October, is focusing on the #MeToo drive with a series of initiatives and public debates.

Organisers had rebuffed the criticism over Kim's inclusion before the opening on Thursday, noting that the sex abuse allegation against him was dismissed and insisting the festival "opposes and condemns any form of violence or sexual misconduct".

On Saturday, Paris-based film rights seller Daniela Elstner launched the Speak Up! campaign at the festival, aiming to combat sexual harassment within the European entertainment industry.

Meanwhile veteran French actress Isabelle Huppert, at the Berlinale with her new thriller "Eva", said she was watching the #MeToo movement "with sympathy and hope".

"It's taken a long time for all of this to be said," she told reporters.

"I am personally very happy that certain things have been brought out into the open -- for good, I hope."