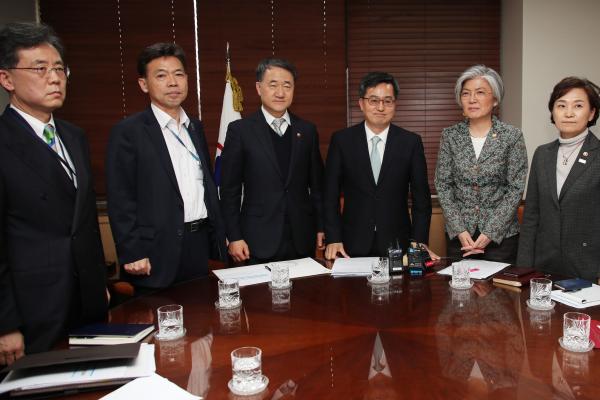 Kim will meet with senior policymakers, including U.S. Trade Representative Robert Lighthizer, striving for the easing of restrictions on South Korean goods.

President Donald Trump’s announcement of a 25% tariff on steel products pushed Kim’s visit this time. South Korea exported 3.6 million tons of steel products to the U.S. last year, becoming the No.3 steel exporter, according to the U.S. Department of Commerce.

Kim said that a large import tariff would affect not only steel exporters but also American industries which need steel.

South Korean Minister of Trade, Industry and Energy Paik Un-gyu sent a letter to U.S. Commerce Secretary Wilbur Ross as well, to ask the U.S. to exclude South Korea from the steel tariffs and to strengthen negotiations to resolve upcoming trade issues between South Korea and the U.S., his office said.

Ross said Trump believes no one should be exempted. Trump adviser Peter Navarro hailed what Ross said, but he also indicated that some industries might get exempted.