Former Catalan leader Carles Puigdemont arrived in Copenhagen on Monday, defying a threat by Madrid to issue a warrant for his arrest if he leaves Belgium, where he has been in exile since a failed independence bid.

Danish broadcaster TV2 released an image on its website of Puigdemont being surrounded by reporters after his plane landed in Copenhagen Airport. Puigdemont is to take part in a debate on Catalonia at the University of Copenhagen later Monday. 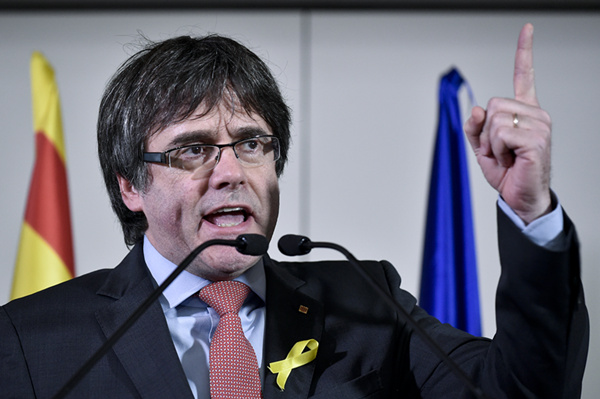 This file photo taken on December 22, 2017 shows axed Catalan president Carles Puigdemont speaking after the results of the regional elections in Catalonia at the Square - Brussels Meeting Centre in Brussels. Carles Puigdemont said on January 19 he can govern the region from Belgium as he eyes a comeback after scoring big in elections. （Photo: AFP)