The television said Yemen's Houthis fired two missiles toward Saudi and Saudi air defense succeeded in intercepting one over Riyadh, and another over Jazan in the Saudi border with Yemen.

Several loud explosions have been heard by local citizens in Riyadh.

This is not the first time that Houthis fired missiles toward Riyadh.

In November last year, the Saudi air defense shot down a ballistic missile fired by Houthis at Riyadh international airport.

In December, the Houthis fired a ballistic missile toward the Saudi royal palace in Riyadh.

In March 2015, Saudi Arabia led a military coalition of Arab forces, backed by the United States, to intervene in Yemen's conflict to back the government of exiled President Abd-Rabbu Mansour Hadi.

The coalition has launched thousands of airstrikes on the Houthis, in attempts to roll back rebel gains and reinstate Hadi in the capital Sanaa.

Houthis have launched hundreds of ballistic missiles toward Saudi cities, with most of them intercepted by Saudi air defense forces. 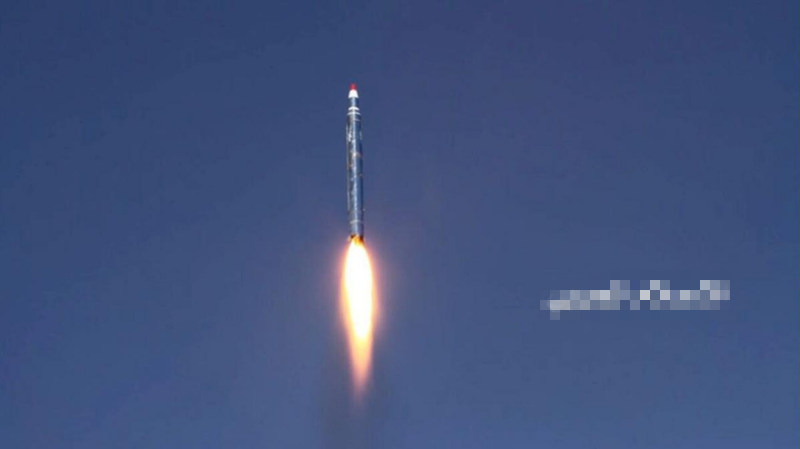 A ballistic missile is seen after it was fired toward the Saudi capital of Riyadh from an undisclosed location in Yemen, in this handout photo released December 19, 2017 by the Houthi movement's War Media. Houthi War Media/Handout via REUTERS