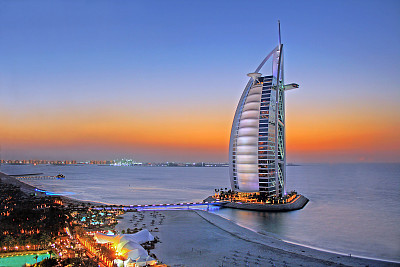 Saudi Arabia announced plans Thursday to spend billions on building new venues and flying in Western acts, in a total overhaul of its entertainment sector that would have been unthinkable not long ago.

Long known for its ultra-conservative mores, the kingdom has embarked on a wide-ranging programme of social and economic reforms driven by Crown Prince Mohammed bin Salman.

At a glitzy press conference in Riyadh, General Entertainment Authority (GEA) chief Ahmad bin Aqeel al-Khatib told reporters the kingdom is set to invest $64 billion in its entertainment sector over the coming decade.

"We are already building the infrastructure," Khatib said, adding that ground had been broken for an opera house.

Khatib said hundreds of new companies have sprung up over the past year, registering for licences to take advantage of the budding sector.

"God willing, you will see a real change by 2020," the entertainment chief said, adding that more than 5,000 events were planned for the coming year.

The funding for new infrastructure and entertainment offerings will come from both the government and the private sector, he said.

Behind Khatib, a screen teased the names of international acts like Maroon 5, Andrea Bocelli and Cirque du Soleil.

Neither a breakdown of how the money would be spent nor a schedule for the cultural programme were provided.

But it follows a series of events in recent months including concerts, a Comic-Con festival and a mixed-gender national day celebration that saw people dancing in the streets to thumping electronic music for the first time.

Authorities have also announced plans to lift a decades-old ban on cinemas this year, with some 300 expected to open by 2030.

Senior GEA official Faisal Bafrat said the past year had already seen exceptional development in the entertainment sector with more than 2,000 events involving 100,000 volunteers and 150 small and medium businesses organised in 2017.

The newfound openness, which includes plans to allow women to drive from June this year, has been hailed by some as a crucial liberalisation of Saudi society.

Critics have pointed to continued restrictions however, especially on women who remain under a strict "guardianship" system that gives male relatives significant control over their lives.

Yet even that could be changing.

With the lifting of the driving ban on the horizon, Riyadh announced Sunday that women can now open their own businesses without the consent of a husband or male relative.

The reforms are part of Prince Mohammed's ambitious "Vision 2030" programme, which seeks to diversify the Saudi economy as it reels from a slump in energy prices, with the entertainment sector seen as a key potential source of growth.

Saudis splurge billions annually on movies and visits to amusement parks in the neighbouring tourist hubs of Dubai and Bahrain, which is accessible by a land causeway.

Khatib vowed turn around that trend.

"I went to Bahrain. The bridge is being reversed," he said, adding that Bahraini nationals were now coming to Saudi Arabia for events -- accounting for 10 percent of ticket sales in recent months.

The goal to keep Saudis -- more than half of whom are under 25 -- spending their disposable income at home is part of a wider campaign called "Don't travel".

Saudi Arabia, the world's top oil exporter, has been struggling to cope with persistent budget deficits that began in 2014 when crude prices plummeted.

The kingdom withdrew around $250 billion from its financial reserves in the past four years.

Authorities have also increased fuel prices, introduced a value-added tax and cut subsidies in an effort to reduce costs and boost non-oil revenues.

The shift has been a painful one for many Saudis accustomed to a generous welfare system.

In December, the government announced a budget with record spending as it seeks to stimulate growth.