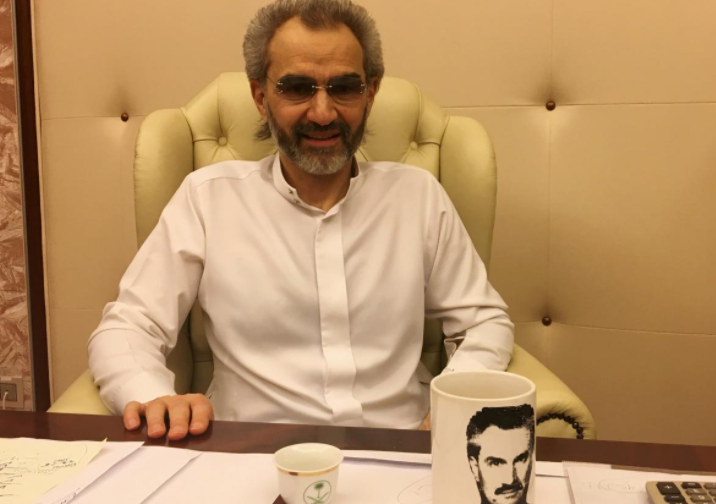 Saudi Arabian billionaire Prince Alwaleed bin Talal sits for an interview with Reuters in the office of the suite where he has been detained at the Ritz-Carlton in Riyadh, Saudi Arabia January 27, 2018. (Reuters/Katie Paul)

Three associates of Saudi Prince Alwaleed bin Talal say the billionaire investor has been released after nearly three months in detention at a luxury hotel as part of an anti-corruption sweep.

The associates told The Associated Press that the prince was released on Saturday from the Ritz-Carlton, where he has been held since Nov. 4. They said it was not immediately clear what financial settlement or terms of release the prince had agreed on. The associates spoke on condition of anonymity because of the sensitivity of the matter.

Prince Alwaleed is chairman of Kingdom Holding Company, which has investments in Twitter, Lyft, Apple and other Western companies.

He was detained in November along with at least 10 other princes and dozens of prominent Saudi businessmen and officials suspected of corruption.