HEADLINE Saudi prince says Israel has 'right' to its land

Saudi prince says Israel has 'right' to its land 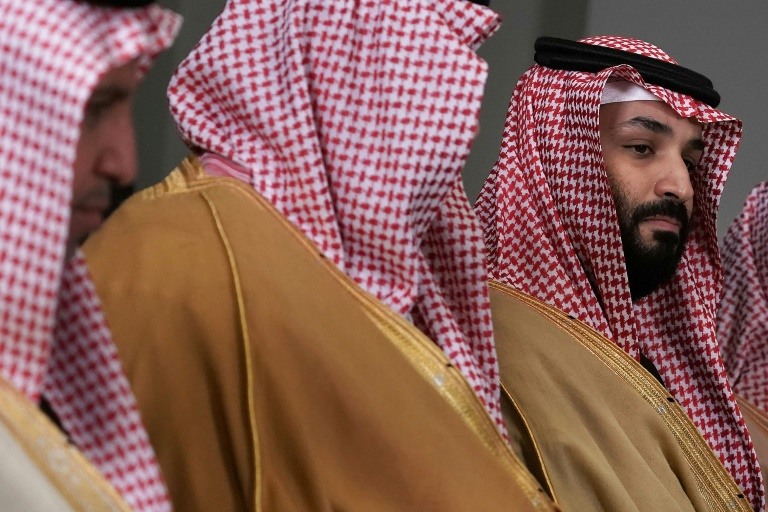 The crown prince and de facto leader of Saudi Arabia said Israel has a "right" to a homeland, a notable shift in the kingdom's position published Monday.

Saudi Arabia and Israel still have no formal diplomatic relations, but behind the scenes, improvements in their ties have accelerated in recent years.

Both countries see Iran as their biggest outside threat and the United States as their key ally, and both see danger from armed Islamist extremists.

Israel's conflict with the Palestinians has long proved an obstacle to a full rapprochement, however, as Riyadh still supports their claim to sovereignty.

But now Crown Prince Mohammed bin Salman -- speaking to the editor-in-chief of US news magazine The Atlantic -- appeared to put the rival land claims on an equal footing.

The prince was asked by Jeffrey Goldberg whether the "Jewish people have a right to a nation-state in at least part of their ancestral homeland?"

"I believe that each people, anywhere, has a right to live in their peaceful nation," said the prince, who is on a three-week US tour.

"I believe the Palestinians and the Israelis have the right to have their own land," he added.

"But we have to have a peace agreement to assure the stability for everyone and to have normal relations."

Since 2002, Saudi Arabia has been the main sponsor of the Arab Peace Initiative, which envisions a two-state solution to the Israeli-Palestinian conflict.

But no such senior Saudi official is known to have previously accepted that Israel has a "right" to any land beyond the practical need to secure a lasting deal.

If, as expected, the crown prince succeeds his octogenarian father King Salman and ascends to the Saudi throne, he will also become guardian of Islam's holiest shrines.

But he told Goldberg he had no "religious objection" to Israelis living alongside Palestinians, so long as the main Muslim holy site in Jerusalem -- the Al-Aqsa mosque compound -- is protected.

"We have religious concerns about the fate of the holy mosque in Jerusalem and about the rights of the Palestinian people," he said.

"This is what we have. We don't have any objection against any other people."