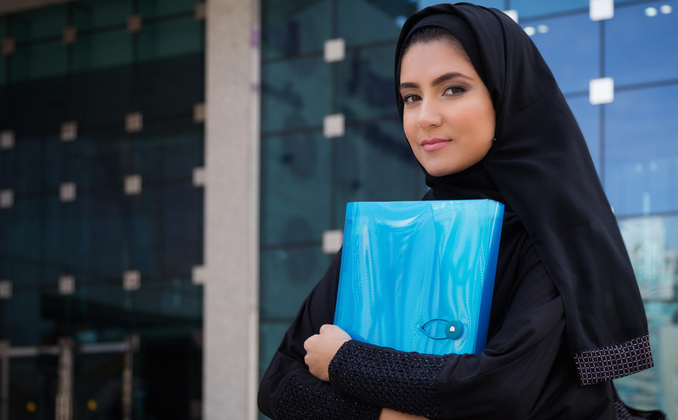 Saudi women will from now on be allowed to open their own businesses without the consents of their male relatives, Al Arabiya local news reported on Sunday.

Besides the opening up society Saudi Arabia seeks to achieve, especially integration of women in different walks of life, the decision also comes to meet the requirements of the fast-growing private sector.

The change in policy is also a step forward away from the strict guardianship system imposed on women for decades.

"Women can now launch their own businesses and benefit from (governmental) e-services without having to prove consent from a guardian," the ministry of commerce and investment said on its website.

Under Saudi Arabia's guardianship system, women are required to present proof of permission from a male guardian -- normally the husband, father or brother -- to do any government paperwork, travel or enrol in classes.

Long dependent on crude production for economic revenue, Saudi Arabia is pushing to expand the country's private sector, including an expansion of female employment under a reform plan for a post-oil era.

The kingdom has also opened 140 positions for women at airports and border crossings, a historic first that the government said drew 107,000 female applicants.