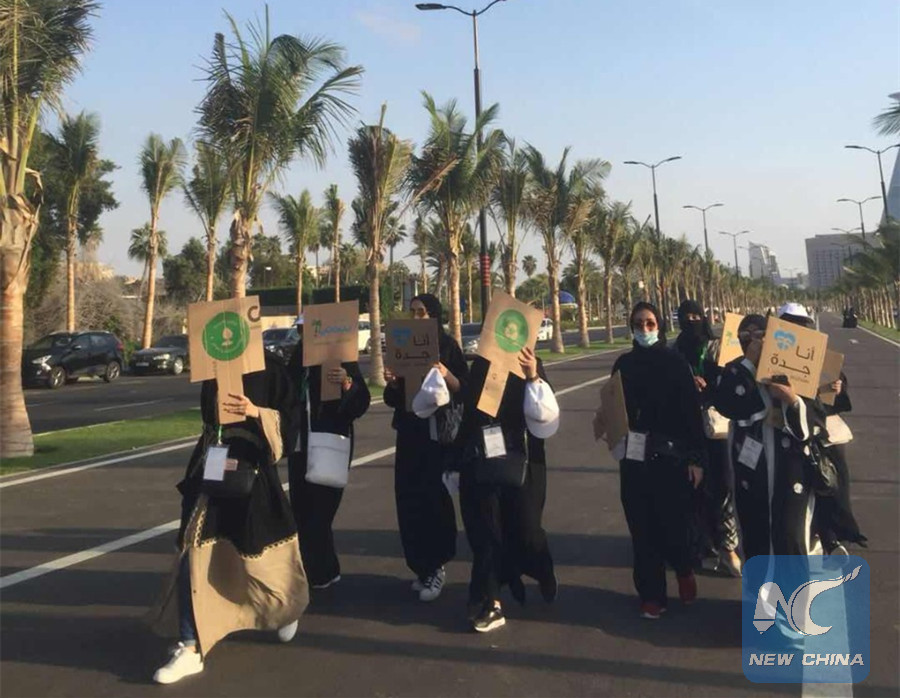 Saudi women go on a walking parade on March 8, 2018 in the coastal city of Jeddah on the occasion of the International Women's Day. (Photo: Xinhua/Tang Lin)

Over 2,500 Saudi women went on a walking parade Thursday in the coastal city of Jeddah on the occasion of the International Women's Day, the first massive public appearance of Saudi women in the kingdom's Islamic conservative society.

The parade, organized by Jeddah government, aims to promote the ideas of healthy lifestyle and environmental protection.

In a bid of returning his country to a "moderate Islam," Saudi Crown Prince Mohammed Bin Salman has taken measures to improve women's rights of all aspects in the society.

The country announced its plan to allow women to drive from June this year, and ride-hailing apps are getting prepared to hire female drivers.

"I'm excited about being able to drive in a few months. Women can take the wheel just like men," said Aimena, a college student, who is taking driving lessons in Princess Nura University.

Furthermore, Saudi women were given permission in January to attend football matches and to start their own businesses without the consents of their male relatives.

The kingdom has also opened 140 positions for women at airports and border crossings, a historic move that the government said drew 107,000 female applicants.