Seven middle school students died and another 12 were injured after being attacked after school at about 6:10 pm in Mizhi, northwest China's Shaanxi province on Friday, the local government said on Weibo, China's twitter-like social media platform.

The suspect has been detained and the injured are receiving treatment at hospital. 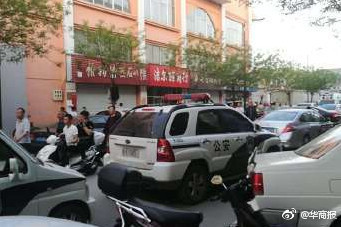