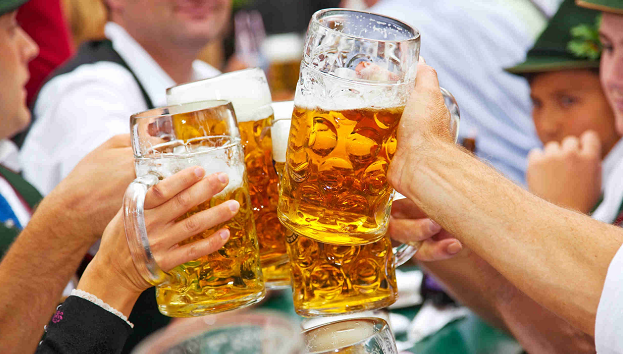 ‍Drinking even moderate amounts of alcohol can lead to changes in brain structure and harm cognitive function, researchers said on Tuesday, countering the notion that low levels of drinking protects the brain.

The study, carried out by scientists from the University of Oxford and University College London, studied the brain condition of 550 individuals, including heavy, moderate and non-drinkers.

Research was carried out over a 30-year period and found that people who drank more alcohol had a greater risk of hippocampal atrophy – a form of brain damage that affects memory and spatial navigation.

People who drank more than 30 units a week on average were the most high risk group while those who drank moderately - between 14 and 21 units a week – were far more likely than teetotallers to contract the condition, scientists said, without finding evidence supporting the theory of a protective effect light consumption has on brain structure.

Researchers analyzed data on weekly alcohol intake and cognitive performance measured repeatedly between 1985 and 2015 among 550 healthy men and women with an average age of 43. The participants took brain function tests at regular intervals and an MRI brain scan at the end of the study.

The team also noted that with an observational study no firm conclusions can be drawn about cause and effect. They said however that the findings could have important public health implications for a large sector of the population.