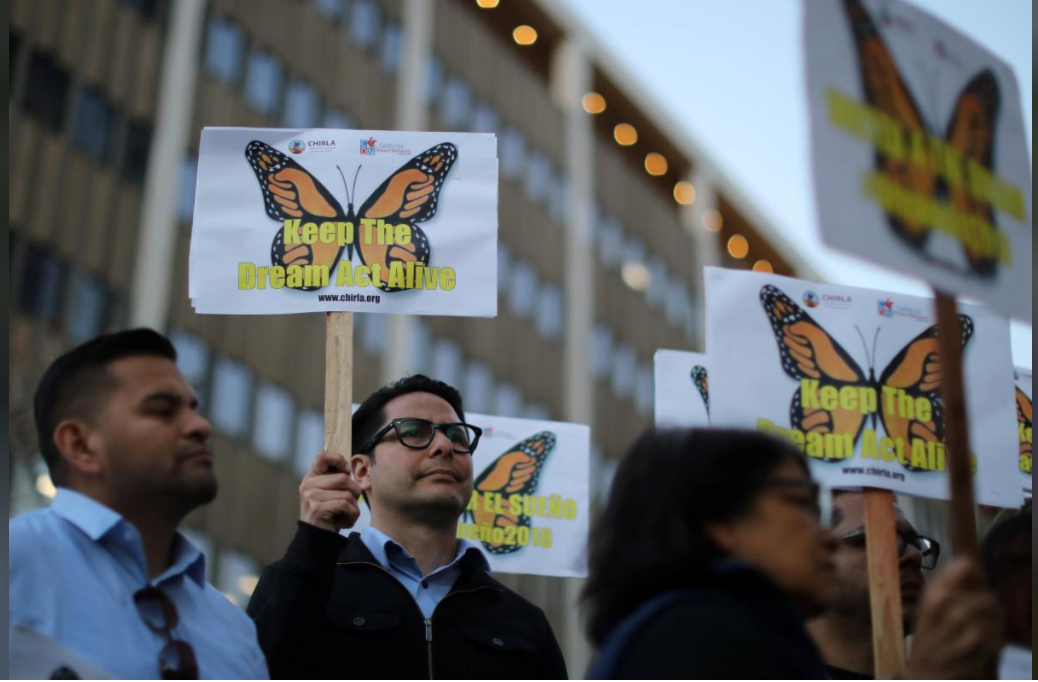 A second US judge on Tuesday blocked President Donald Trump’s decision to end a program that protects immigrants brought to the United States illegally as children from deportation.

US District Judge Nicholas Garaufis in Brooklyn ruled that the Deferred Action for Childhood Arrivals program, or DACA, cannot end in March as the Republican administration had planned, a victory for Democratic state attorneys general and immigrants who sued the federal government.

The decision is similar to a Jan. 9 ruling by US District Judge William Alsup in San Francisco that DACA must remain in place while litigation challenging Trump’s decision continues.

The legal battle over DACA complicates a debate currently underway in Congress on whether to change the nation’s immigration laws.

The Supreme Court on Friday is due to consider whether to take up the administration’s appeal of the San Francisco ruling. The court could announce as soon as Friday afternoon whether it will hearing the case.

Garaufis said the administration could eventually rescind the DACA program but that the reasons it gave last September for rescinding it were too arbitrary and could not stand. The judge ordered the administration to process DACA renewal applications on the same terms as had been in place before the president took his action.

“The Justice Department will continue to vigorously defend this position, and looks forward to vindicating its position in further litigation,” O‘Malley said.

Often called “Dreamers,” hundreds of thousands of young adults, mostly Hispanics, have been granted protection from deportation and given work permits under DACA, which was created in 2012.