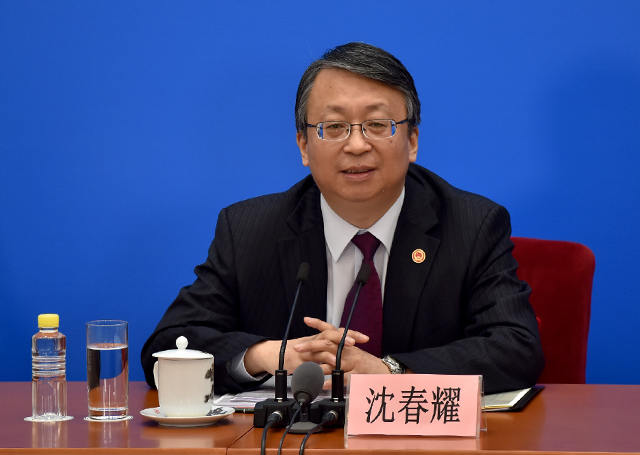 A senior legislator on Sunday reiterated  that the Communist Party of China (CPC) sticks to Constitution-based governance.

The Party has repeatedly stressed that it must act in accordance with the Constitution and laws, Shen Chunyao, chairman of the Commission for Legislative Affairs of the 12th National People's Congress (NPC) Standing Committee, said at a press conference.

A constitutional amendment was adopted by the first session of the 13th NPC on Sunday.

Shen cited Xi Jinping, general secretary of the CPC Central Committee, as saying that leading officials should uphold rule of law, oppose rule of man, hold in awe of the Constitution, and exercise their duty within the boundaries of the Constitution and laws, when joining a panel discussion with NPC deputies from Chongqing.

An oath-taking ceremony will be arranged at the ongoing NPC session for the newly elected or appointed leaders and officials, he said.