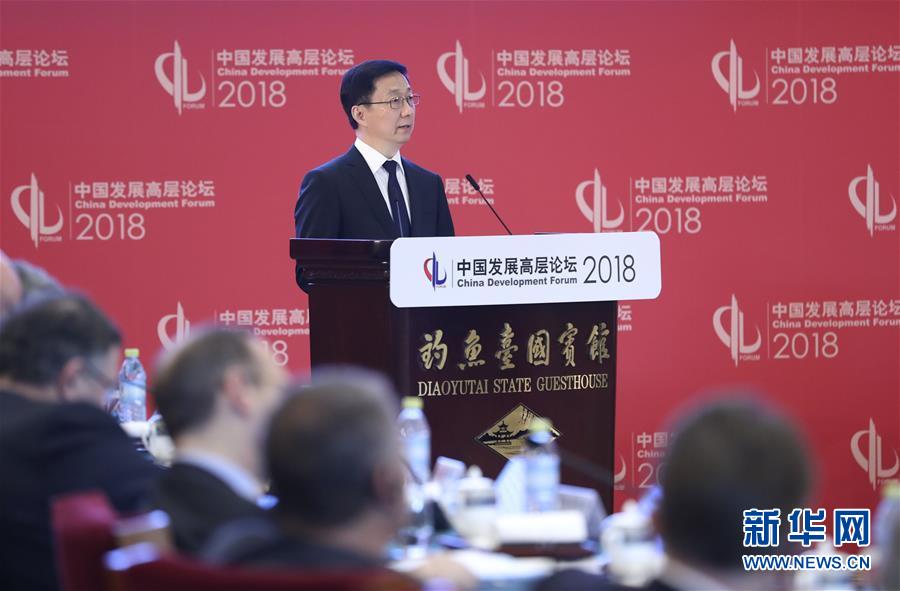 Vice Premier Han Zheng made the remarks in a speech at the opening ceremony of the China Development Forum, which is hosted by the Development Research Center of the State Council.

Vice Premier Han Zheng made the remarks in a speech at the opening ceremony of the China Development Forum, which is hosted by the Development Research Center of the State Council.

In the new era, the Chinese economy has seen a shift from high-speed growth to high-quality development, featuring medium-to-high growth, accelerated transformation of development modes, improved structure and new growth engines, said Han, who is also a member of the Standing Committee of the Political Bureau of the Communist Party of China Central Committee.

Han described the shift to high-quality development as key to understanding the Chinese economy.

To promote high-quality development, he stressed the importance of deepening reform, taking tough steps to prevent and defuse major risks, increasing investment in innovation, improving the quality of urbanization and making a success of the rural vitalization strategy, sticking to the basic national policy of opening up, and implementing high-level trade and investment liberalization and facilitation policies.

"China has a bright future and we are confident of achieving high-quality economic development," declared Han, saying that China will continue to play its role as a responsible major country and work with people from all countries to build a community with a shared future for humanity.

The annual forum, with "China in the New Era" as its theme, brought together nearly 30 globally renowned scholars, including seven Nobel laureates, and more than 80 executives of Fortune Global 500 firms.