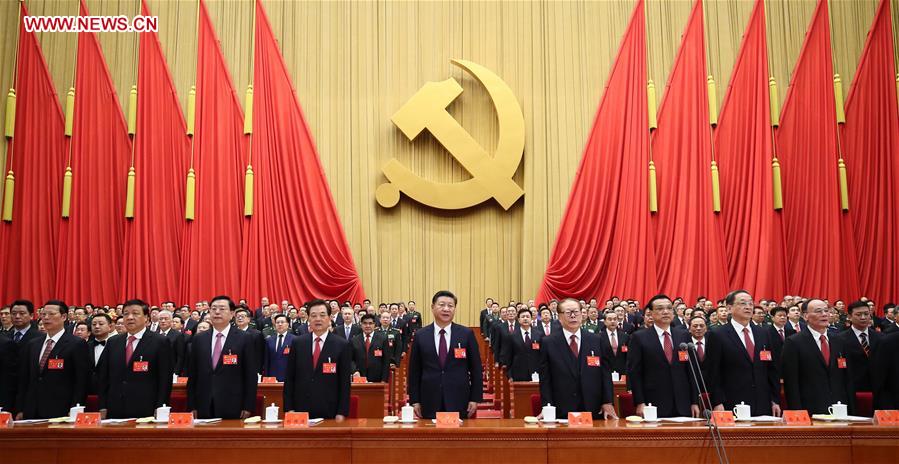 China is determined to build itself into a modern socialist country underpinned by fairness and justice through "targeted poverty alleviation that will take 43 million people out of poverty by 2020, said a senior official of the Communist Party of China (CPC). "We will promote social fairness and justice by eradicating poverty by 2020," said Gao Xuanmin, vice minister of the Organization Department of the CPC Central Committee, in a seminar at Independent Newspapers in Cape Town when briefing the audience on the outcomes of the CPC's 19th National Congress, which was held in October. Gao's speech focused on a series of critical decisions that the Party congress made to prepare China for a new era and "turn China into a modern socialist state that is harmonious and beautiful." The official said that eradicating poverty is an ambitious blueprint for the Chinese people and the Chinese nation. "We will pool the strength of the Chinese people and their wisdom to realize a great national rejuvenation," he said. Gao explained that the development plan approved by the congress was part of a vision to create a prosperous society where the success of "socialism with Chinese characteristics for a new era" could be realized. "We will adhere to a people-centered development approach and our people's aspiration for a better life should be our utmost objective," Gao said. He said the Chinese people's needs were increasing, with growing calls for democracy, justice, human rights and environmental protection. "We will promote social fairness, justice and to take more than 40 million people out of poverty by 2020. That's to say we will take more than 10 million people out of poverty every year," he said. He stressed that the CPC is firm in its resolve to achieve this enviable target because the party "always keeps its word" when it comes to fulfilling what it has set as a target. Gao said the targeted process of shifting the paradigm of inequity, which is reflected unevenly between regions and remote villages, means that the party has to make serious human resource allocations. "We have dispatched 195,000 secretaries of the party to poor villages to shoulder the major responsibility of helping these villages get rid of poverty, and they will play a critical role in poverty alleviation," he said. "Our plan is to help those people find a better place to live, as these are poor people, living in very bad conditions," Gao said. He said part of the plan involved the government providing housing and employment, while increasing vocation and skill training with the objective that at least one person per poor household is employed. Another aspect of the plan is to distribute resources from better developed cities and regions to less developed cities and regions, said Gao. State-owned enterprises are also drawn in as part of the broader plan to remove the poverty scourge, he said. The CPC is determined to ensure that its ambitious project be realized within the set timeline. Gao explained that there is now increased pressure on the state and Party officials to perform their duties. "Anyone who has not accomplished poverty alleviation will be held accountable," the vice minister noted. Gasant Arbarder, regional executive editor for Independent Newspapers, said that he appreciated the detailed presentation by Gao because the discussion on the impact of the CPC's 19th National Congress "helps deepen our understanding of China." "China is a strategic partner for South Africa and the Chinese are speaking of partnerships in win-win relationships, so our job as the media is to demystify the relationship," Arbarder said. Arbarder said there are important examples to be learned from the initiatives undertaken by the Chinese government, specifically on poverty alleviation.