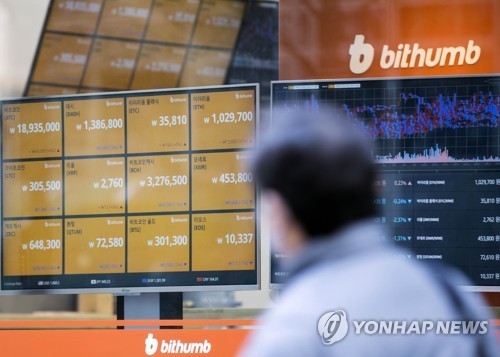 South Korea initiates a real-name trading system for cryptocurrencies on Tuesday, in an effort to prevent virtual coins from being used for money laundering and other illegal activities.

Six South Korean banks last Tuesday decided to build up a system that bans the use of anonymous accounts in cryptocurrency transactions, which is part of the country's latest measures to curb speculative investment into virtual coins.

According to the new regulations, foreigners and underage investors will be banned from opening cryptocurrency accounts in South Korea. The new system also requires cryptocurrency exchanges to share users' transaction data with banks.

An estimated number of 3 million people in South Korea have invested in cryptocurrencies, which increase the fears that a cryptocurrency bubble may be burst soon.

Bithumb, the Seoul-based operator of the world’s busiest virtual currency exchange, said that it will actively comply with the government's policy, as Yonhap News reported.

Those who want to invest in cryptocurrencies will be required to open account with six designated domestic banks, including Kookmin Bank and Shinhan Bank, under a real name.

The previous virtual accounts to trade cryptocurrencies will be allowed to be used if the accounts go through strict identification procedures.

(Xinhua also contributed to the story)