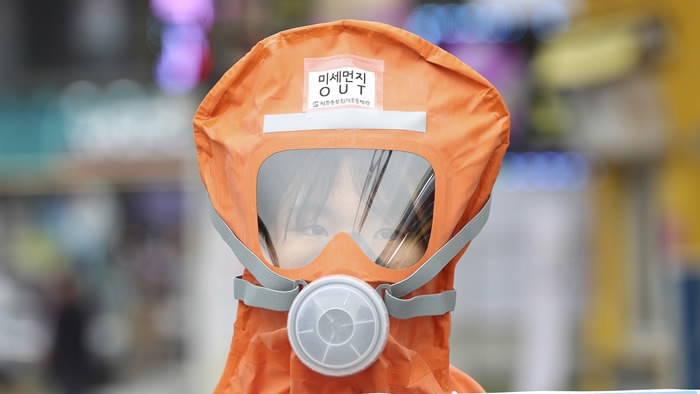 A Korean woman wears a mask protecing herself from the smog. (Photo: CGTN)

Politicians and so-called experts in South Korea have blamed China for the recent smog over Seoul, however eventually rebuted by media and officials.

They rejected a measure proposed by Seoul Mayor Park Won-soon against haze, including free public transportation and an odd-even license plate scheme. They called it a waste of taxes. Nam Kyung-pil, governor of Gyeonggi Province, said on his social website that he hoped the mayor could stop this“ineffective policy.”

The presidential Blue House website received petitions from Koreans calling for a protest against China, blaming China for the smog.

But the South Korean newspaper Hankyoreh reported on Sunday that state data shows that the haze since January 16 was mainly caused domestically.

Experts from the Ministry of Environment of South Korea also said that no research or authoritative information indicated China’s influence on South Korea's hazy weather.

The mayor of Seoul said on Sunday, that the automobile exhaust is the main source of the haze. He also pointed out that the odd-and-even license plate rule could lead to a 19 percent reduction in the haze. The Hankyoreh also said that China has taken strong measures against haze since 2013 and has achieved progress in the past five years.