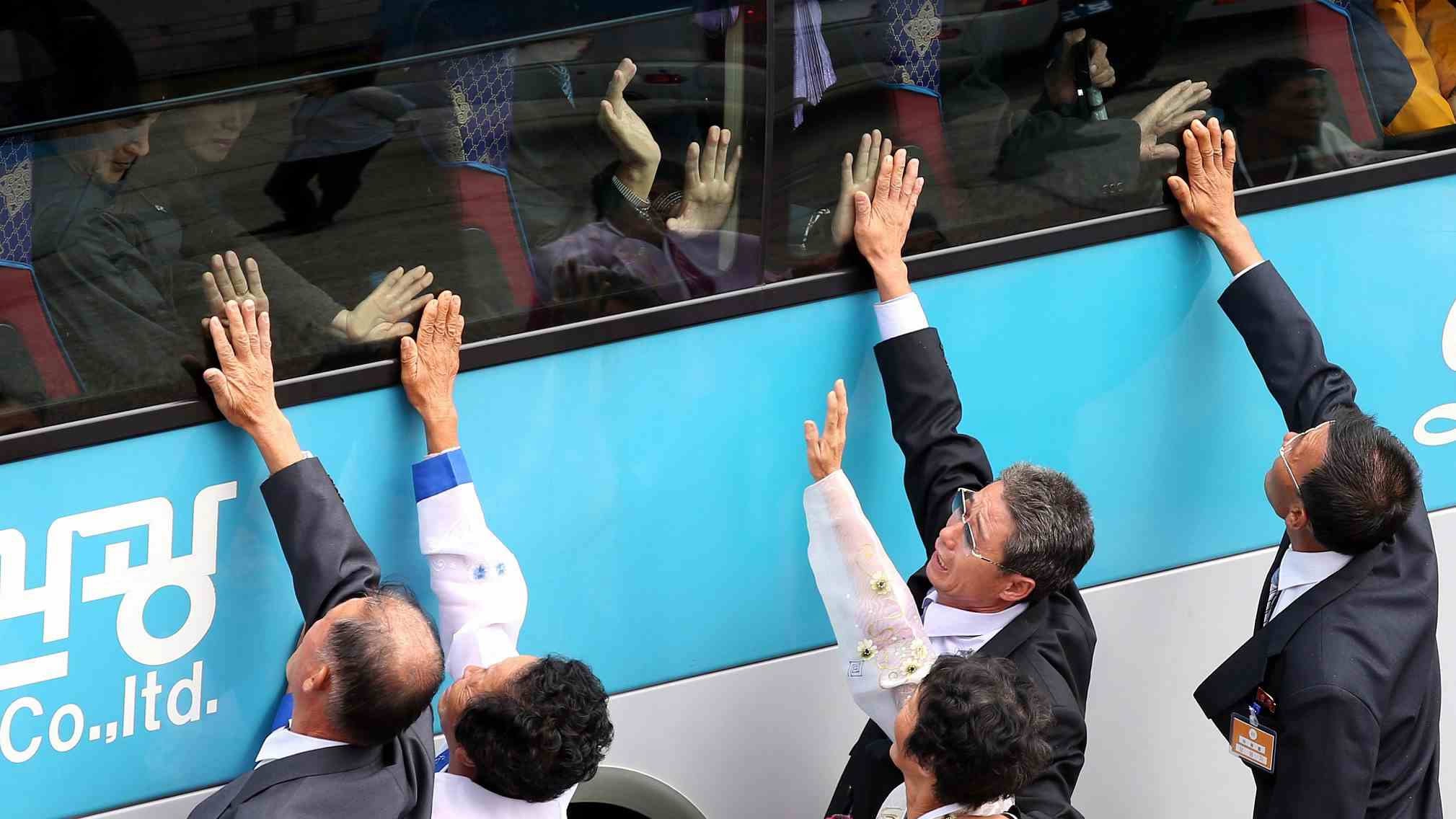 The Republic of Korea (ROK) said on Monday it will try to arrange more reunions for families divided by the Korean War and seek to lower military tensions with the Democratic People's Republic of Korea (DPRK) as the first steps towards establishing grounds for a rare summit between the two sides.

The statement from the Ministry of Unification came after a high-level DPRK delegation concluded a three-day visit which included an invitation for ROK President Moon Jae-in to travel to Pyongyang for talks.

"(The visit) shows that [the DPRK] has a strong will to improve inter-Korean relations and that Pyongyang can make unprecedented and bold measures if deemed necessary," the ministry said.

The visit of the delegation, which included DPRK leader Kim Jong Un's younger sister Kim Yo Jong, intrigued many in the ROK, but also met skepticism about the DPRK's sincerity and willingness to give up its pursuit of nuclear weapons. 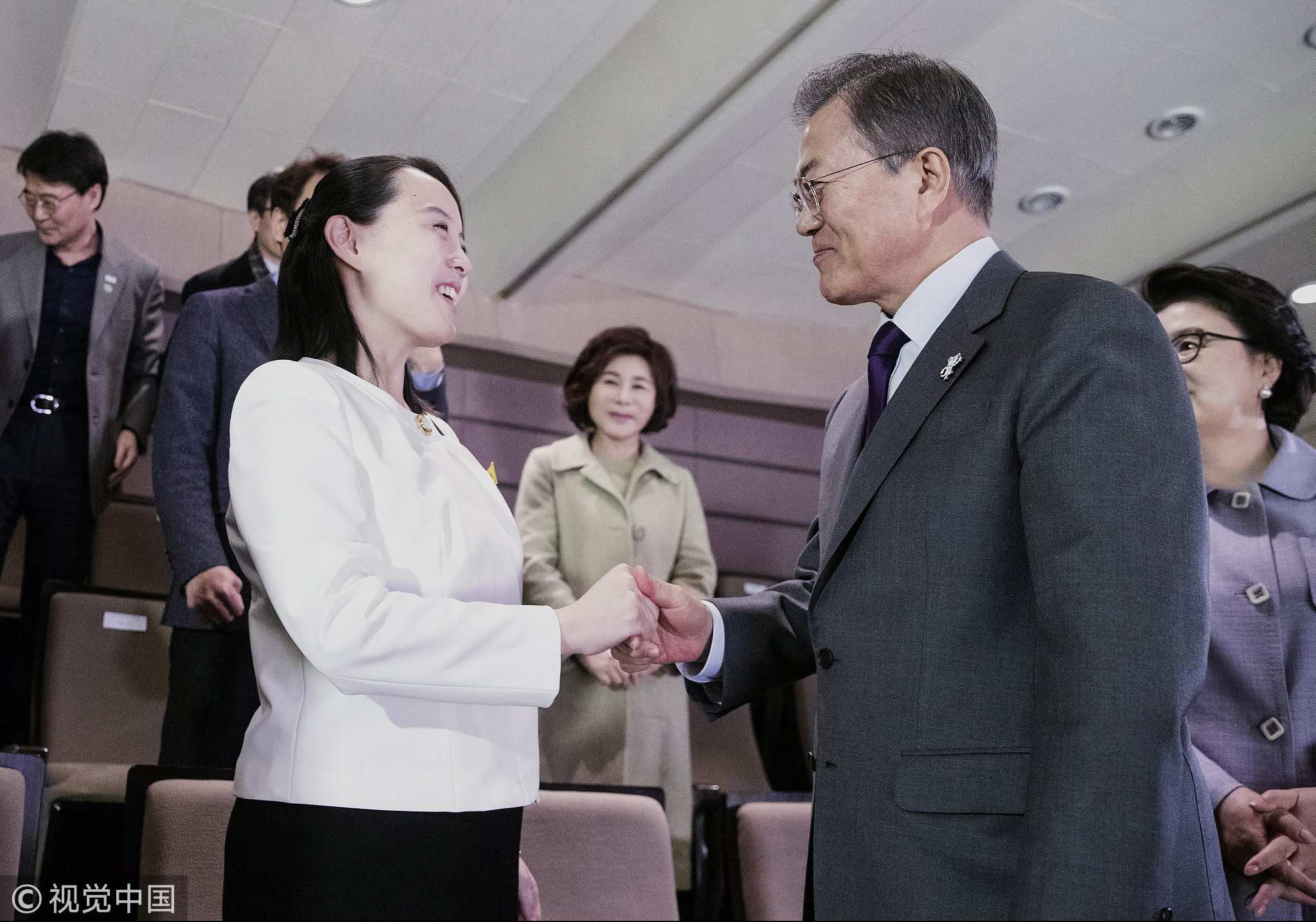 "Although many [South Koreans] are welcoming [the DPRK’s] participation in the PyeongChang Winter Olympics, there are also significant criticism and concerns both domestically and internationally," the statement said.

During the visit, Kim Yo Jong had delivered a letter from her brother asking ROK President Moon Jae-in to visit Pyongyang at his earliest convenience. Moon had replied, "Let's create the environment for that to be able to happen," according to the presidential Blue House.

Such a meeting, if it came about, would mark the first inter-Korea summit since 2007.

The two sides are still technically at war after the 1950-53 conflict on the Korean Peninsula ended in a ceasefire and not a truce.

The Unification Ministry said steps regarding the improvement of ties would be led by the two sides, but also in cooperation with related countries and the support of the international community. 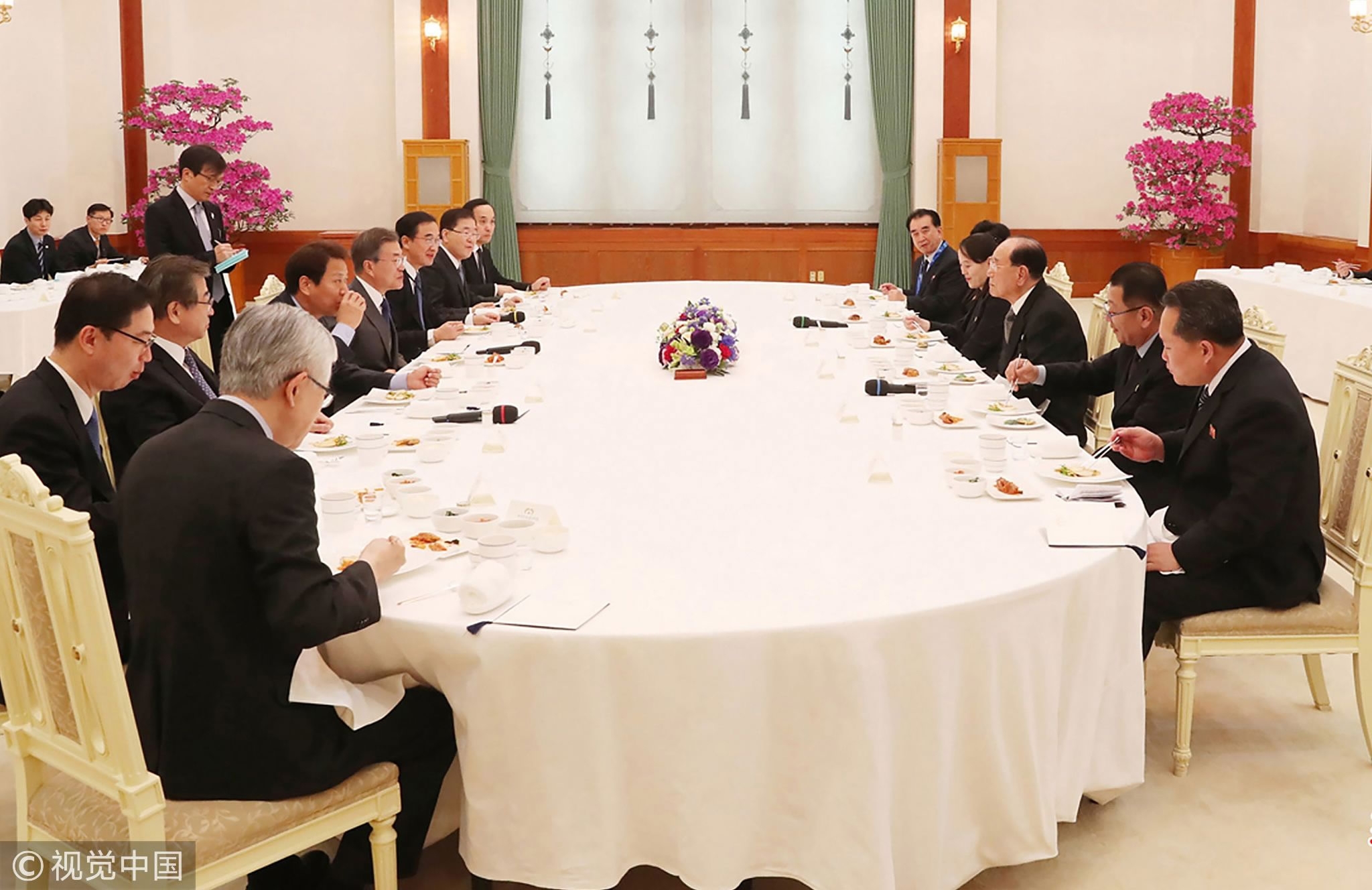 "Under a strong position for denuclearization of the Korean Peninsula, [the ROK] will faithfully implement the international sanctions on [the DPRK], while also adhering to the principle of resolution through peaceful means," the statement said.

"If there is certain progress to set the conditions for denuclearization, a full-fledged progress in inter-Korean relations will become possible," it said, without elaborating.

The United States and the ROK have agreed on terms for further diplomatic engagement with the DPRK, first with Seoul and then possibly leading to direct talks with Washington without pre-conditions, Vice President Mike Pence said in a newspaper interview published on Sunday.

Speaking to the Washington Post aboard Air Force Two on his way home from the Winter Olympics in the ROK, Pence said Washington would keep up its “maximum pressure campaign” against Pyongyang but would be open to talks at the same time.

In previous years, the two sides have held reunions to bring together family members who have been separated by the war.

Seoul made a standing offer to the DPRK last year regarding another such reunion, details of which have yet to be hammered out between the two countries.

Kim Yo Jong and her delegation spent three days dining with top government officials, including Moon, watching the opening ceremony of the PyeongChang Winter Olympics and cheering for the united women's ice hockey team the two sides have fielded at this Olympics.