HEADLINE Seoul to shut off computers to fight "workaholic culture"

Seoul to shut off computers to fight "workaholic culture" 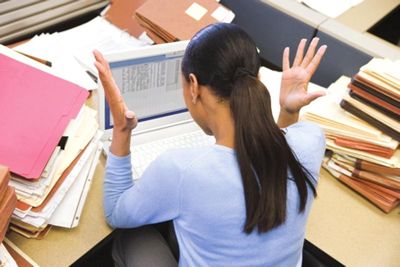 The government of South Korea's capital Seoul decided to power down all computers at 8:00 p.m. on Fridays to stop the "culture of working overtime" among government employees.

The initiative announced on Friday will begin on March 30, and it will gradually shorten the working day to 7:30 p.m. on the second and fourth Friday of April. From May on, all computers will be shut off by 7:00 p.m. every Friday.

However, the measure does not seem to be widely popular. The Seoul government is allowing for exemptions in special circumstances, with two thirds of its employees applying.

According to data from the Ministry of Personnel and Management in January, government employees in South Korea work an average of nearly 2,740 hours a year, about 57 percent more than workers in other developed countries.

Earlier this month, South Korea's national assembly passed a law to cut down the maximum weekly working hours to 52 from 68.

The bill was part of South Korean President Moon Jae-in's plan to reform the work culture in the country, where it's common to work overtime and underuse paid leave.