Maria Sharapova won her first WTA title in more than two years at the Tianjin Open on Sunday, showing plenty of grit and determination as she came from behind in each set to beat Belarusian teenager Aryna Sabalenka 7-5, 7-6(8).

The former world number one returned to the tour in April following a 15-month doping ban.

Sharapova clasped her hands to her chest in delight as she absorbed the feeling of winning her 36th tour title and first in more than two years since the 2015 Italian Open. 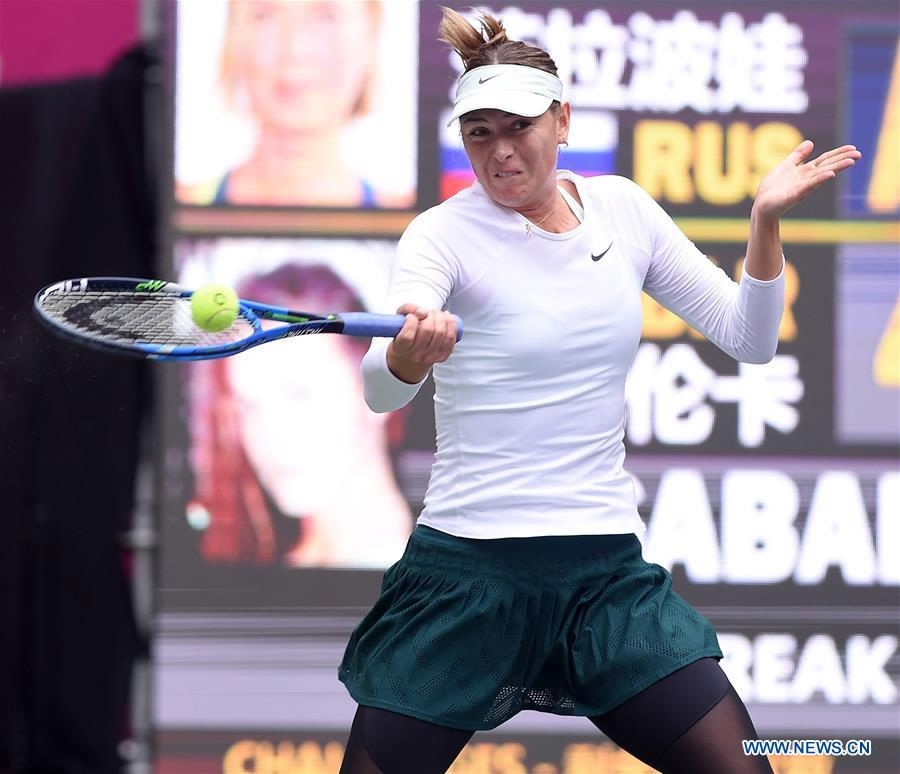 The five-time Grand Slam winner exchanged 11 breaks of serve with the Belarusian, who has yet to win a WTA trophy, before finally clinching it in the tie-breaker when the teenager put a forehand return long.

Sharapova, whose ranking has dropped to 86, has been playing on wildcards this season. Her return has proved divisive, with some rivals insisting she shouldn't be back on tour at all.

She now heads to next week's Kremlin Cup in Moscow for the first time since 2007, after also being given a wildcard to play in what is her home tournament.

Down in Shanghai, Roger Federer got one over his old rival Rafael Nadal to win the Shanghai Masters 6-4, 6-3 in a showdown between the two best players on the planet.

It was a 94th title for the Swiss legend, drawing him level with the great Ivan Lendl, and closes the gap on world number one Nadal at the top of the rankings as the season reaches its conclusion. 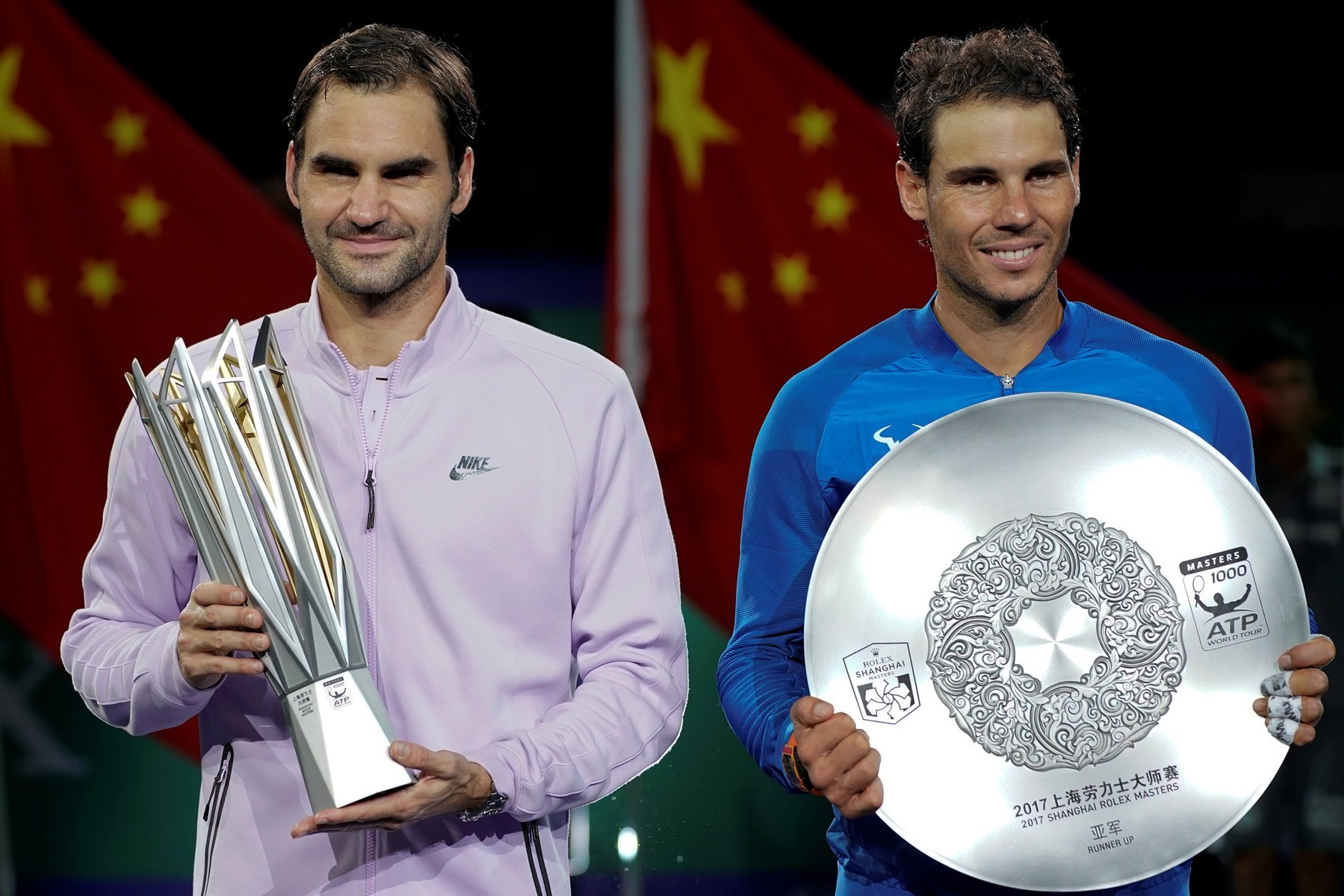 Winner Roger Federer of Switzerland and Rafael Nadal of Spain hold trophies after the final match at Shanghai Masters on October 15, 2017. /Reuters Photo

Nadal was ahead in their overall record down the years, with 23 wins to Federer's 14, but he was up against it almost right away.

Nadal, for whom defeat sees Federer close the gap at the top of the world rankings as the year approaches its climax, has nevertheless enjoyed a remarkable season.

His triumph in Beijing last weekend was also his sixth of the year as he continues to defy doubts about his fitness following repeated injury.

The Spaniard called it "an emotional year."

"Today you played a fantastic match so well done, may congratulations," he told Federer.