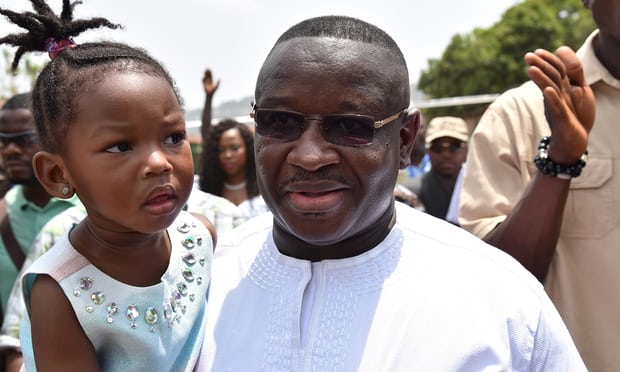 Johannesburg (People's Daily) - Julius Maada Bio, Sierra Leone's main opposition party candidate, was officially proclaimed the winner of the presidential election on Wednesday night. He was immediately sworn in as the new president of Sierra Leone.

The 53-year-old former soldier won 51.81 percent of the vote, compared with the 48.19 percent for Samura Kamara, the ruling party's candidate.

As a candidate of Sierra Leone People’s Party, Julius Maada Bio was a former military commander and rebel leader who also graduated from schools in the USA and the UK.

Sierra Leone has been attacked by the deadly Ebola virus, which has killed thousands of Sierra Leoneans. The country has also experienced a civil war, which caused more than 50,000 deaths.