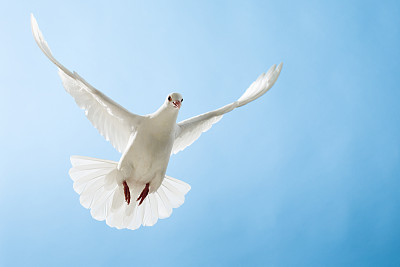 On a sunny afternoon in central Israel, tens of Israeli, Palestinian students filled a small library and engaged in a passionate debate in a simulation of peace talks between Israel and Palestine.

Arabic, English and Hebrew were heard across the room as the teens were on a deadline. They had 24 hours of simulation peace talks and at the end of them their task was to forge an agreement between Israelis and Palestinians.

Scores of diplomats and politicians worldwide have yet to find a solution to the conflict. The kids did.

As the clock was ticking, over 70 students of the Eastern Mediterranean International Boarding School (EMIS), Israelis, Palestinians and other nationals were divided into three groups. They reached three different agreements.

"There's no way a solution is going to be perfect," yelled one student at the other, as they discussed the most complex issues of the decades old conflict.

They dealt with economic cooperation, the language used in classroom textbooks, who will man checkpoints, the fate of Palestinian refugees and many other aspects of daily life in the region.

During their deliberations, the groups handled the most complex of issues and went into great detail.

"The whole idea is to show them that there is a democratic instrument to solve disputes by peaceful means and to show them that in places that leaders are stuck, ordinary people can bridge the gap and reach agreements," said Dr. Sapir Handelman.

Handelman is an expert in conflict resolution who facilitated the event hosted by the Charney Resolution Center.

He walked around the room, helping the teams with mediation when needed.

Although the daily reality for Palestinians and Israelis is separation and alienation, the students were trying to achieve a warm peace between the sides. The idea of the extension of an existing fence between the two enemies was shot down immediately by some students.

"Nobody likes a fence or a wall," one of the students said, adding "a fence is not creating peace, it's just dividing the people."

Two of the groups arrived at the two-state solution, the widely believed solution for the conflict. The third group of negotiators agreed on a joint Palestinian-Israeli federation, quite a stretch in today's age of hostility.

For Hagar Diller, a 17-year-old Israeli who attends EMIS, the simulation is not necessarily translatable into real life.

"There are a lot of things here that work as a simulation because of the agreements we have between us, because we need to eventually reach an agreement," she said, noting "but I do not know how good this will be in real life."

Tzili Charney is the wife of the late Leon Charney, an American businessman. She founded the Charney Center in his honor, to commemorate his attempts to facilitate peace between the two sides. For her, the simulation is actually a mirror of the reality.

"It's very realistic," she said when asked if the solutions reached here can work in the outside world.

"They come from homes that are discussing it all the time, they participate in it, it influences their life all the time," she added.

Ironically, the negotiations are held in the school's library, which is also it's bomb shelter. The fortified windows and special airways do not allow one to escape the reality of the conflict.

But, for the youth who participated in the event, it was a chance to learn things about each other they did not previously know.

In preparation for the marathon negotiations, the teens received background lessons about the conflict and were taken on tours to relevant places.

Although they share the same piece of small land, the rivalling sides often feed off images of each other. The lack of daily interaction between the two leads to stereotypes and misinformation.

"These things really, really help me to even see the other side," Diller told Xinhua.

For the foreign students, the event provides a rare opportunity to see both sides negotiate. It exposes them to the sensitivities and the complexities of the so far unsolvable conflict.

In the pastoral setting of the school, amidst green agricultural land, it is difficult to grasp how close the conflict really is and how intricate any possible solution needs to be.

Someone with a different perspective may be able to shed different light on the issue.

"Personally, I'm not part of this conflict," he said excitedly, "but this simulation provides me a lot of opportunity to know people in the conflict, where on the other hand I can learn a lot of things."

And perhaps that is exactly what the conflict is missing, creative thinking that will bring solutions that have not been thought of before.

That may be unattainable. However, the simulation at EMIS provides the opportunity of contact between the sides which is a rarity in these days.

As long as the two parties are estranged from each other, the levels of animosity rise and the ability to sit down and discuss a possible solution decreases dramatically.

The lively discussion in the room leaves room for optimism. Even if the students do not become peace-makers, they finish having met the other side and realizing that dialogue, rather than violence, is possible.

"When people are involved in heated debate, it means they care for it and this is the hope," said Dr. Handelman with a smile on his hopeful face.

In a deadly conflict where hope is a word rarely used, that is a huge achievement.