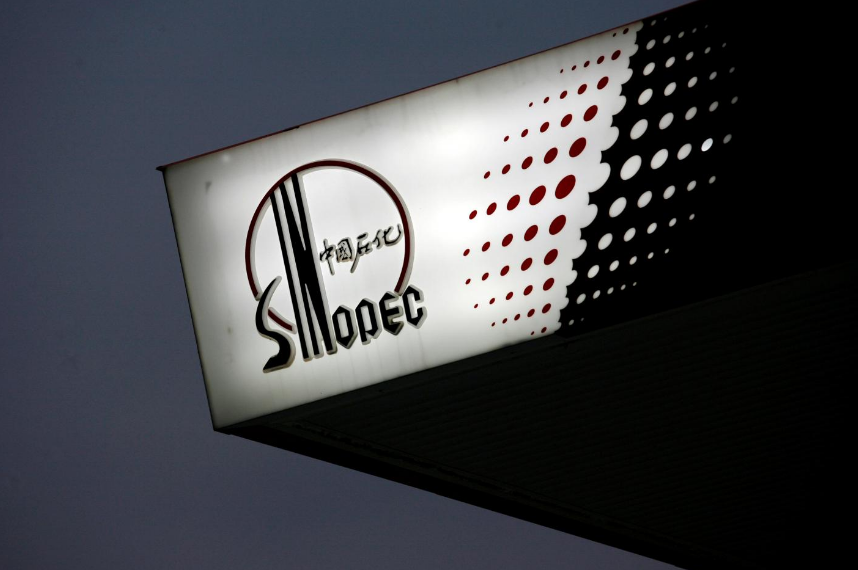 The Sinopec logo is seen at one of its gas stations in Hong Kong April 26, 2010. REUTERS/Bobby Yip/File Photo

China’s biggest state oil company Sinopec, one of the country’s top banks and its sovereign wealth fund agreed on Thursday to develop a $43 billion natural gas project in Alaska, as the cash-poor U.S. state seeks to revive its dwindling energy industry.

The deal had been in the works since April and was sealed during U.S. President Donald Trump’s state visit to China. It is the second-largest pact among a slew of agreements signed during the trip between the world’s top two economies that are worth as much as $250 billion.

Sinopec (601988.SS), China Investment Corp [CIC.UL] and the Bank of China (601988.SS) will work over the next year with the state government to hammer out the details of their involvement in the Alaska LNG project, according to a statement from project sponsor Alaska Gasline Development Corp (AGDC).

Alaska LNG is designed to carry natural gas from fields in the North Slope through an 800-mile (1,287 km) pipeline to south central Alaska for in-state use and to a liquefaction plant to produce up to 20 million tons of LNG per year for export.

Sinopec will buy some of the LNG and may supply engineering work for the project’s construction, Bank of China will provide funding and CIC may take an equity stake, Alaskan Governor Bill Walker said on a call with reporters. AGDC will remain a majority shareholder, he said.

Alaska created AGDC in 2010 to build the project to tap the North Slope gas reserves, where production is expected to average about 3.5 billion cubic feet per day, according to Alaska LNG’s website.

Alaska aims to shore up its oil and gas sector, which has struggled to compete with lower-cost shale projects in states such as Texas. Securing a Chinese customer, lender and investor would help Alaska overcome a multi-billion dollar budget deficit and create jobs.

“It’s been a long courtship with these folks,” said AGDC President Keith Meyer on the call. “We’re now engaged.”

The LNG will meet China’s growing appetite for cleaner-burning fuels as the government tries to wean the country off coal to reduce air pollution. The Trump administration has touted natural gas exports from the United States as a way to reduce its trade deficits and boost domestic employment.

A final investment decision (FID) for Alaska LNG is expected in the first quarter of 2019, with construction starting in the same year and the first cargo expected around 2024 to 2025.

Most of the gas from Alaska LNG is expected to go to China, with Sinopec also helping with the marketing, although AGDC is also speaking to Japan, South Korea and Vietnam about potential off take, Meyer said.

At the signing ceremony, Chinese President Xi Jinping said one of the world’s top energy markets will expand its imports of LNG and crude oil from the United States.

Alaska has the advantage of being closer to China than LNG projects on the U.S. Gulf Coast, but its main issue is its high cost, said Kerry-Anne Shanks, head of Asia gas and LNG research at Wood Mackenzie.

“Sinopec may be able to secure cheaper LNG supply elsewhere,” she said in a note.

Alaska Governor Walker said the project will generate $8 billion to $10 billion in revenue each year, including $1 billion from gas sales.

“This is an agreement that will provide Alaska with an economic boom comparable to the development of the Trans-Alaska Pipeline System in the 1970s,” Walker said in a statement.

The US State Department said in a separate statement the project will create up to 12,000 jobs during construction and reduce the trade deficit between the US and Asia.