Sixteen injured from a tourist boat explosion in southern Thailand 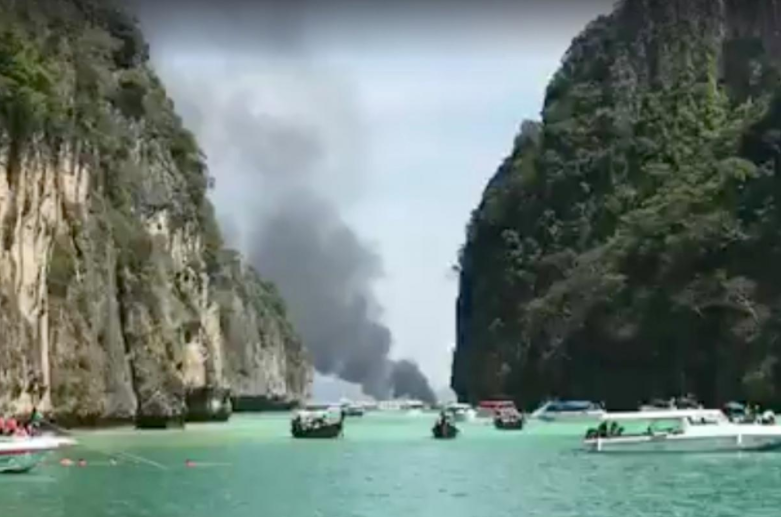 Smoke rises from a tourist speedboat after its explosion in Phi Phi Islands, Thailand, January 14, 2018 in this still image taken from a video obtained from social media. FACEBOOK/THOTSAPHON PHANOMTARA/via REUTERS

The speedboat, named “King Poseidon”, was ferrying 27 Chinese tourists from the nearby resort island of Phuket to Phi Phi before its engine caught fire and exploded injuring 14 tourists and two crew members, the police said, adding that the authority is still investigating the cause of the explosion.

Out of the 16 injured, six are in a severe condition, Phi Phi hospital staff told Reuters, adding that seven people have been sent to hospitals in Phuket for further treatment and nine have been discharged.

Beach resorts and islands in southern Thailand are major tourist attractions, particularly during the high season from November to March.

Tourism accounts for around 12 percent of Southeast Asia’s second-biggest economy and is one of its fastest growing sectors.

The Thai Ministry of Tourism and Sports expects the country to welcome 37 to 38 million tourists in 2018, up from around 35 million visitors last year, 10 million of which were tourists from China.