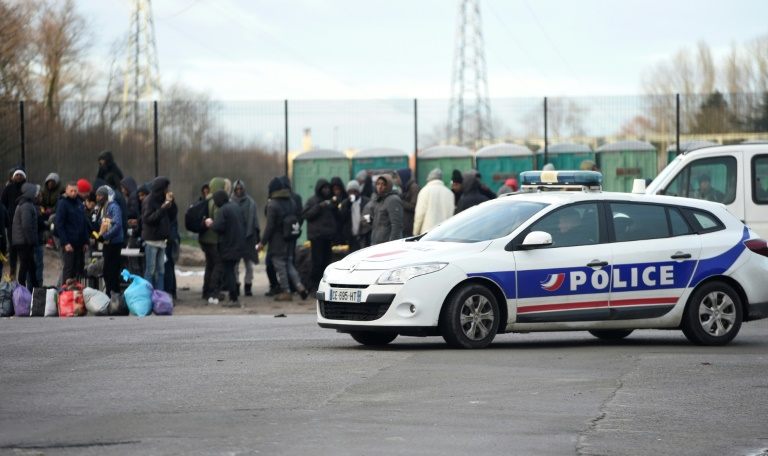 Four migrants were fighting for their lives on Friday after being shot during a giant brawl in Calais, in what the French government called an "intolerable" escalation of violence in a port that serves as a gateway to Britain.

Twenty-two people were hospitalised with injuries after three fights across the city on Thursday that drew in hundreds of the migrants camped out in the hope of stowing away on trucks bound for England, according to officials.

Four Eritreans, who were shot in the neck, chest, abdomen and spine at a food distribution point, were still in critical condition Friday. A fifth who was also shot was not facing life-threatening injuries.

Police were searching for a 37-year-old Afghan, a suspected migrant smuggler, over the attack but the prosecutor's office in the nearby town of Boulogne-sur-Mer said witnesses reported seeing several people fire shots.

"It's a bit hazy," an official at the prosecutor's office said.

A number of other migrants sustained stab wounds in the other melees sparked by the incident. 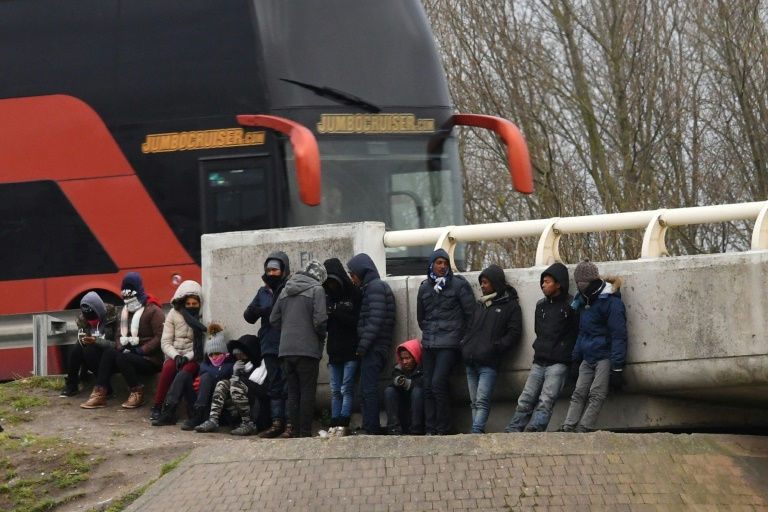 Interior Minister Gerard Collomb, who visited the scene, said the recurring brawls had become "intolerable for the people of Calais and the migrants" and told those with dreams of Britain to stay away.

His remarks came as the UN's migration agency reported at least 90 people were feared dead off the coast of Libya after their boat capsized.

The violence in Calais comes two weeks after President Emmanuel Macron visited the city with a message of zero tolerance on migrants setting up camps like the sprawling "Jungle" which was razed in 2016.

He later met with Prime Minister Theresa May, who agreed to pay more to stop migrants reach England's shores.

Crucially, Macron did not seek to renegotiate a controversial 2003 deal effectively pushing Britain's borders back onto French soil.

Collomb blamed the tensions in Calais on smugglers who reportedly charge as much as 2,500 euros ($3,100) to sneak migrants onto trucks crossing the Channel by ferry or through the Eurotunnel.

"These networks must be broken up," he said Friday, announcing police reinforcements for the area.

Shots were fired during a standoff Thursday between about 100 Eritreans and some 30 Afghans queueing for free meals near the town's hospital.

"There were migrants who had no money, the smugglers got angry and fired shots," an 18-year-old Afghan migrant, who gave his name as Daniel, told AFP while waiting in near-zero temperatures for tea and bread from a charity on Friday.

Shortly afterwards, over 100 Eritreans armed with iron rods and sticks attacked a group of around 20 Afghans at another food distribution point next to an industrial estate, prosecutors said.

Police intervened to protect the Afghans, the authorities said.

Two police officers were injured during the clashes.

Collomb appealed to migrants to stay away from Calais, saying the government would not allow them to settle there.

Calling Calais "a wall which the migrants are slamming into", he said: "The message I want to get across is that if you want to go to Britain, it's not here you should come."

The notorious Jungle, once home to about 10,000 people, was demolished in 2016, but hundreds more migrants have since descended on the city.

Mainly young African and Afghan men, they live in camps in the woods, emerging at night to try to waylay passing trucks.

The police systematically tear down their encampments and use tear gas and batons to prevent them holding up truckers.

The grim conditions, made worse by a particularly wet winter, have led to tensions between groups of migrants from different regions that sometimes spills over into violence.

In July, 16 people were injured in a brawl, one seriously.

"There are a lot of tensions related to it being winter... and a lot of police pressure against attempts to set up camps. Then there are the smugglers, who try to ply their trade and block people who do not pay," he told AFP.

He has vowed to step up deportations of migrants who are not fleeing war or persecution while speeding up waiting times for bona fide asylum seekers.