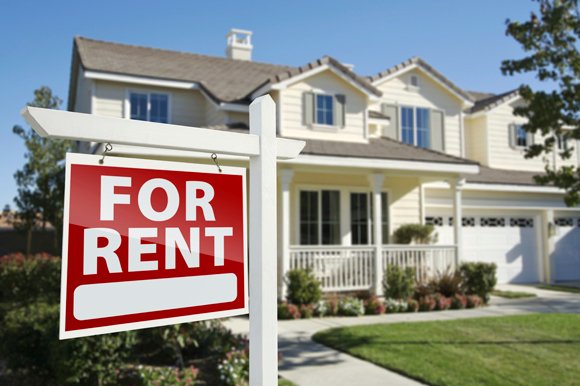 Los Angeles (People's Daily) - Homeownership in the US continues to fall while demand for housing from immigrants increases every year, inspiring big-city landlords to raise the rent.  And for those who do pay rent, life in the age of modernization is a constant struggle.

When Xiao Jun first arrived in New York City from Beijing, he moved into a one-bedroom apartment in mid-town Manhattan.  His rent was almost $3,000 a month, which is average for a living space roughly 320 square feet. As a college student, he was only going to stay for a year, so there was no point in buying a home.

A recent housing survey from Harvard University revealed the majority of renters typically spend 30 percent or more of their annual income just to have a place to live.

For those who aren’t wealthy, the rising cost of rent has impacted the quality of life in cities in both China and the US.  Financial experts have agreed that spending more than 30 percent of annual income on rent will jeopardize a person's living standard.

New York, Washington, San Francisco and Los Angeles are the most expensive cities in the US.  Exorbitant rent rates have turned America’s premier cities into playgrounds for the wealthy.

Serena Ma, a Chinese national living in Santa Monica, said rent is the main concern of her life.

“As a new immigrant, I am still struggling living up to my expectations in this city. My room rent is taking away almost 40 percent of my monthly income. I have to watch how I spend pennies before every purchase,” Ma said.

Miami, a coastal city, located in the southwest, residents there pay almost 40 percent of their annual income on rent.

But unlike China, rent figures in the US are calculated based on the property’s purchase price.

David Liu owns two rental properties in El Monte, California. He attributes the influx of Chinese investment dollars pouring into the US economy that has inspired rent rates to soar.

“As new immigrants, instead of keeping a low profile in the real estate market, Chinese investors often bid high on properties because their main concerns are location and convenience, rather than prices, and especially so in areas like San Gabriel and Santa Monica. Houses are not just for living, but also popular investments in Los Angeles,” Liu said.

According to the National Association of Realtors (NAR), the Chinese ranked first in the US among foreign nationals who made property investments between 2012-16, funneling almost $30 billion into the market.

Since the financial crisis in 2008, when 10 million families or more were forced out of their homes, the nation as a whole has yet to recover.

Now with the new GOP tax bill, homeowners will be impacted. For the wealthy it’s positive news, but for middle-class homeowners, mortgage deductions won’t be as beneficial.

Although standard deductions will double, experts remain skeptical where young first-time homebuyers are concerned. It is a scenario that will reduce purchase demand, separating the wealthy from the lower classes. The course will remain the same, but the pace will accelerate.