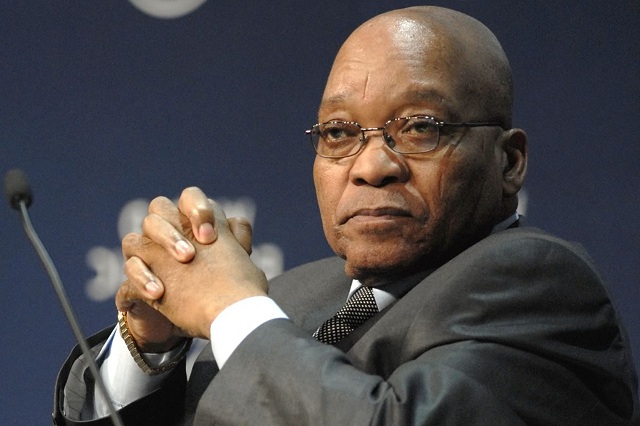 As president, Zuma had been due to deliver the State of the Nation address to parliament in Cape Town on Thursday – a closely-watched event that shapes the political agenda for the coming year.

The announcement of the ruling ANC party issued late Tuesday night says that a much-anticipated national executive committee (NEC) meeting, scheduled for Wednesday, had also been postponed to next week.

The meeting was expected to discuss Zuma's fate as head of state.

In recent days, ANC held several meetings to decide the fate of the president who is mired in scandals.

In a statement issued on Tuesday afternoon, South Africa’s presidency said it has requested a postponement of the speech to the nation of the head of state.

Late in the evening, South African daily The Sunday Times claimed that Zuma had agreed to resign once certain conditions were met.

According to South African media, six senior ANC leaders visited Zuma in Pretoria on Sunday night and asked him to resign. He would have categorically refused.

ANC chairperson Gwede Mantashe confirmed that the party’s top brass have been mandated to hold talks with Zuma regarding his future as state president.

“We were sent to talk to him (Zuma), look into all the possible scenarios,” said Mantashe.

The executive committee, which has the power to compel the head of state to leave his post, was to meet to discuss the future of the president.

But following these "fruitful and productive discussions" between Zuma and the party leader, the ANC decided to postpone the extraordinary meeting, which might suggest that an agreement was reached.

Meanwhile, the opposition is getting impatient, saying if Zuma does not leave, they will do it.

South Africa’s political analysts believed that the postponement of the address to the nation – which is a first in the history of the country – very clearly indicates that Zuma is no longer master of the situation.