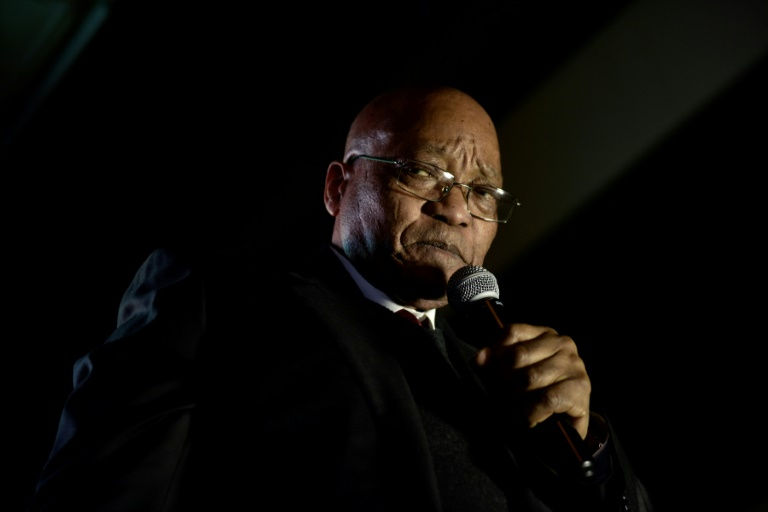 Down but not out -- yet: South Africa's embattled President Jacob Zuma has rejected a party request that he resign

South Africa's ruling ANC party met on Monday to "finalise" the departure of scandal-tainted President Jacob Zuma, who has refused to resign, as opposition parties called for early elections.

ANC chief Cyril Ramaphosa, the president-in-waiting, has been locked in confidential talks with Zuma that have pitched the country into political uncertainty.

"We know you want this matter to be finalised," Ramaphosa said at a party rally in Cape Town on Sunday to rapturous cheering, vowing to tackle corruption that has tarnished Zuma's government.

Zuma has clung to power after rejecting a request by his party's senior officials to resign more than a week ago.

South African opposition parties on Monday called for early elections as the ANC grappled with its high-stakes leadership battle.

"We must proceed to the dissolution of parliament... subsequent to that, we move on to an early election," Democratic Alliance (DA) party leader Mmusi Maimane told reporters, speaking alongside several opposition parties.

The committee could recall the president from office, though he would be under no constitutional obligation to obey the order.

If Zuma refuses, he could be ousted via a parliamentary vote of no-confidence within days.

"We know you want closure," Ramaphosa said on Sunday. "Because our people want this matter to be finalised, the NEC will be doing precisely that." 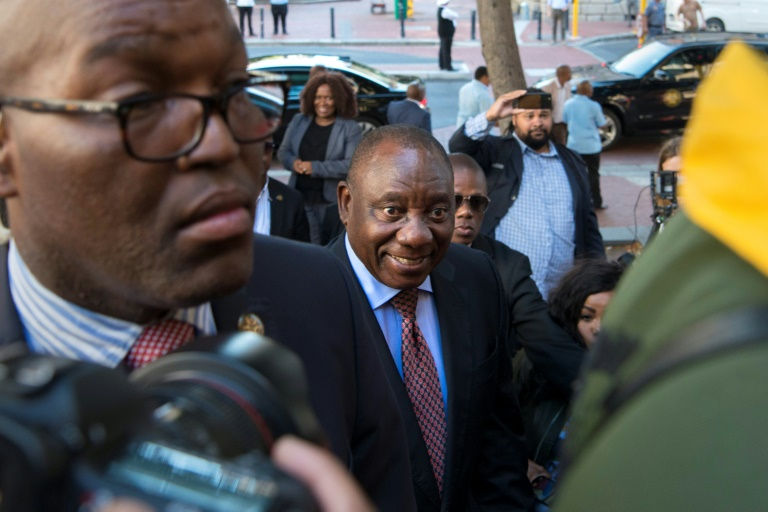 Some members facing corrupt allegations while serving under Zuma are "not fighting for a principle or the ANC, it will be the basic instinct of self-preservation," he told eNCA television.

"They will strive for consensus, but if that fails, it will go to a vote," he warned. "The pressure is so much, it has to be the final decision for the ANC leadership. If they fail to do so, they will have surrendered the initiative."

Zuma's presidency has been marred by corruption scandals, slow economic growth and record unemployment that have fuelled public anger.

The stalemate over Zuma's departure has left Africa's most developed economy in limbo, with a series of public events cancelled last week including Thursday's State of the Nation address to parliament.

Zuma's hold over the ANC was shaken in December when his chosen successor -- his former wife Nkosazana Dlamini-Zuma -- narrowly lost to Ramaphosa in a vote to be the new party leader.

Sunday's rally was part of ANC celebrations marking 100 years since Nelson Mandela's birth -- as well as efforts by Ramaphosa to try to revive the party's tainted reputation ahead of next year's general election.

His speech marked the 28th anniversary of the address Mandela gave in the same location after being released from prison in 1990.

It is understood that a key sticking point in the negotiations is the potentially ruinous legal fees Zuma is facing from prolonged court battles against multiple criminal cases.

He is also reportedly seeking legal protection for his family and other associates who have been involved in controversial deals.

The ANC has insisted there will be no delay to the budget, which is due on February 21.

Zuma has not spoken publicly since being asked to resign by senior ANC officials on February 4.

In 2008, his supporters pushed out then-president Thabo Mbeki over allegations of abuse of power.

Under Zuma, the ANC won less than 54 percent of the vote in local elections in 2016 -- its worst electoral performance since coming to power with Mandela at the helm in 1994.