Dale Hall, dressed in a Superman outfit, stands before the casket during the funeral for his brother 6-year-old Jacob Hall at Oakdale Baptist in Townville, South Carolina October 5, 2016. Photo: Reuters/Ken Ruinard

A 15-year-old accused of killing his father and driving to a South Carolina elementary school playground in 2016 where he opened fire and fatally wounded a 6-year-old student, will be tried as an adult, a South Carolina judge ruled on Friday.

Jesse Osborne faces from 30 years to life in prison if he is convicted on charges that include murder and attempted murder. He is also accused of shooting a teacher and one other student who survived, prosecutors said.

Prosecutors said Osborne, then 14, killed his father Jeffrey Osborne, 47, in September 2016 in their home in Townville, South Carolina, about 40 miles (64.4 km) from Greenville.

Prosecutors said he then drove to Townville Elementary School, crashed a pickup truck into a fence and began shooting with a handgun on the school playground. He was tackled by a firefighter, who pinned him down until police arrived, authorities said.

One student, Jacob Hall, 6, was shot in the leg and died three days after the attack. 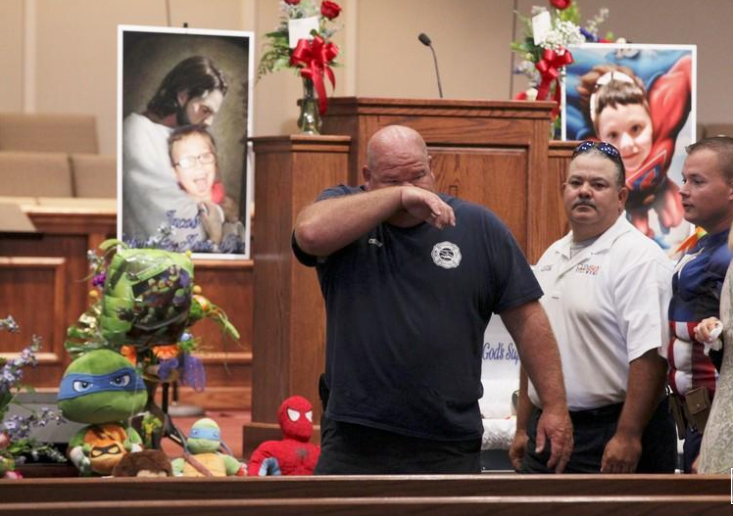 Prosecutor David Wagner said in a statement he was pleased that Osborne was charged as an adult. The decision came after a court hearing this week.

“This case has been sad for everyone involved,” Frank Eppes, an attorney for Osborne, said by telephone. Eppes also questioned a confession police say they obtained from the teenager, arguing the interview was conducted without an attorney present.

The crime rocked the small South Carolina town and also had national implications.

Jacob’s friend, first-grader Ava Olsen, witnessed the shooting and in a letter last year to US President Donald Trump obtained by the Washington Post and local media, told him she was scared and pleaded with him to keep kids safe from guns. Trump replied it was brave of her to share her story, they said.

The decision in South Carolina came in the wake of Wednesday’s mass shooting at Marjory Stoneman Douglas High School in Parkland, Florida, in which a gunman fatally shot 17 people and injured more than a dozen.