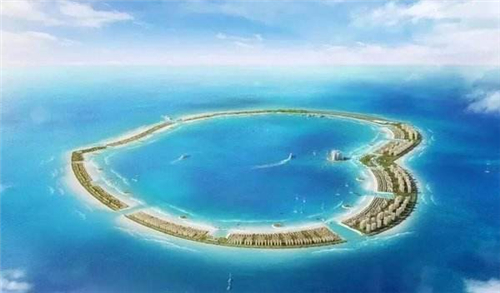 China is concentrating on civil – not military – construction on islands in the South China Sea and will expand land reclamation, Chinese experts said on Monday.

China has almost finished transforming seven reefs in the South China Sea into "island fortresses," and the move is to "dominate" the South China Sea, according to an exclusive report published in the Philippine newspaper the Inquirer on Sunday.

The relationship between China and other Southeast Asian countries, such as the Philippines, has becalmed in recent years, providing a golden opportunity for China to upgrade these areas, he said.

Singaporean Foreign Minister Vivian Balakrishnan told the Strait Times last week the South China Sea was "much calmer now," and that Singapore will help broker talks on a maritime code of conduct.

China and the Philippines are enjoying good terms as President Rodrigo Duterte maintains a friendly policy toward China, Chen said. "But there is still some domestic pressure that urges Duterte to take a tough stance on China and the South China Sea issue," Chen said.

"China has the right to build whatever it needs within its territory," Zhuang said.

China's military deployment in the South China Sea region was "not for military expansion," but to defend its security and interests, he said.

Zhuang and Chen warned the US is the biggest threat to stability in the South China Sea.

"The US, Australia, Japan and other allies will constantly provoke China over this issue and that will incite other neighboring South China Sea countries to do the same," Zhuang said.

China's construction projects in the region covered about 290,000 square meters in 2017, including new facilities for underground storage, administrative buildings and large radar, according to a report released in December on the nanhai.haiwainet.cn website run by the National Marine Data and Information Service and People's Daily Overseas edition.