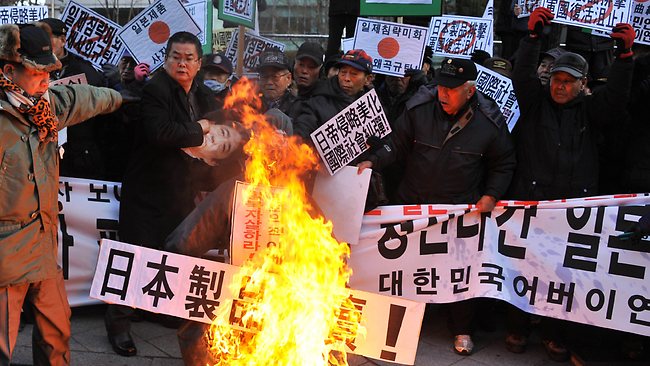 “The government expresses its deep concerns and regret that a Japanese leader and parliamentary officials sent an offering to or visited the Yasukuni Shrine again, which glorifies its history of colonial invasion and wars of aggression,” South Korea's Foreign Ministry said in a statement.

The South Korean government criticized the commemorative behaviors of Japanese politicos, adding that it came as the two countries marked the 20th year of a joint pledge to work towards a new S. Korea-Japan partnership.

Seoul urges Tokyo to reflect on and atone for its past deeds based on the correct understanding of history and make more efforts to gain trust from neighboring countries and the international community.

Abe sent a ritual offering to the Yasukuni Shrine on Saturday, which honors around 2.4 million Japanese killed in the war, including 14 Class-A war criminals. Following Abe, 76 Japanese parliamentary officials paid a visit to the shrine.