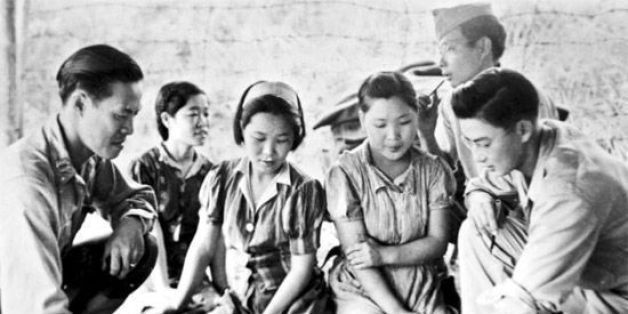 A South Korean government panel recently said that a 2015 agreement struck by the previous Park Geun-hye administration with Japan over South Korean "comfort women" who were forced to work in wartime brothels was seriously flawed. President Moon Jae-in said the deal "had serious flaws, both in process and content," and declared that the agreement could not solve the "comfort women" issue. This has thrown the country's ties with Japan into doubt.From the very beginning of negotiations, the Park administration handled content relating to the "comfort women" civic group with secrecy. In parts of the confidential deal, the then South Korean government promised it would persuade "comfort women" groups to accept the agreement, provide no support for their overseas statue-raising campaign and refrain from calling women "sex slaves" on the world stage. The negotiations were entirely centered on the government rather than citizens and the victims.

This politically rash move by the Park administration was a result of US pressure. It came at the 50th anniversary of the restoration of South Korea-Japan ties in 2015. Meanwhile, some victims had died of old age. But boundless reconciliation with Japan will only invite its contempt. "Comfort women" are a long-standing issue between Japan and South Korea made particularly prominent last year. During the first telephone conversation with Japanese Prime Minister Shinzo Abe after taking office, Moon called on his Japanese counterpart to face up to history.In June when meeting with Japanese Liberal Democratic Party Secretary-General Toshihiro Nikai at the Blue House, Moon reiterated that the South Korean public "frankly cannot accept" the 2015 agreement and this was a "fact that South Korea and Japan will have to confront directly." Later Japan lodged a diplomatic protest with South Korea over its support for registering with the UNESCO documents related to "comfort women."Moon indicated the possibility of restarting negotiations over the issue or even abolishing the agreement. Such an action might taint South Korea's international image and credibility while impairing relations with Japan. The worsening of ties would also deal a heavy blow to security cooperation between South Korea, the US and Japan aimed at coping with North Korea's nuclear and missile threats, and so jeopardizing the US Asia-Pacific strategy.Japan has voiced opposition to South Korea's demands to mend the agreement. Japanese Foreign Minister Taro Kono said the 2015 settlement resulted from "legitimate negotiations" and warned that any amendment may complicate relations. It can be seen that the attitude of the Abe administration is explicit: the agreement is irreversible. Japan will not accept South Korea revising the agreement and imposing additional conditions. Since the leadership change, the incumbent Moon government has attached great importance to public demands and democratic procedures. Sticking to "legitimate procedures," the Moon government cannot turn a blind eye to the opinions of the "comfort women" themselves and the South Korean public. South Korea has had international support. A human rights report published by the UN Committee against Torture on May 12 recommended revising the 2015 deal due to its failure "to provide redress and reparation, including compensation and the means for as full rehabilitation as possible as well as the right to truth and assurances of non-repetition." In late May, the draft of a UN report demanded corrective action for the Japanese government's interference in textbook treatments of the "comfort women" issue. Given provocations from North Korea's launch of intercontinental ballistic missiles and eyeing of broader bilateral ties, South Korea is demanding more from Japan. Moon has made it clear that he will separate historical issues from security and economic cooperation issues. But the Moon government should take a step further by abolishing the 2015 agreement that disregarded public opinion and renegotiating with Japan so as to heal the historical wounds of "comfort women" and the South Korean people.