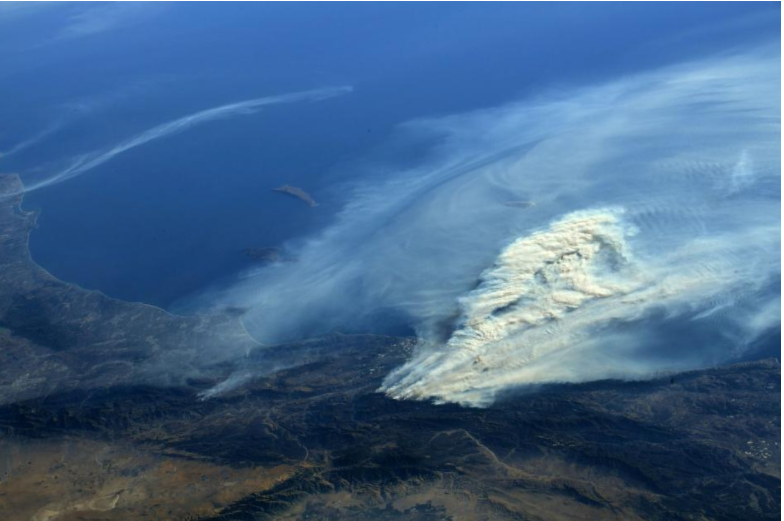 “You don’t expect things like this,” Jake Sandell, a resident of Santa Paula in Ventura County, told Reuters TV. “I was expecting this year to see snow on that mountain and now the thing is on fire.”

The Thomas Fire, the largest in the area, continued its westward push on Thursday, forcing a few hundred Santa Barbara County residents to be evacuated and the closing of coastal Highway 101 north of Ventura city. The fire has destroyed more than 150 homes and threatened thousands more in Ventura.

In the San Fernando Valley north of Los Angeles, the Creek Fire destroyed at least 30 homes, blackened more than 12,000 acres (4,800 hectares) and forced the evacuation of 2,500 homes and a convalescent center.

Hundreds of Los Angeles area schools shut their doors on Thursday as raging wildfires wreaked havoc on Southern California, forcing about 200,000 people to flee and destroying hundreds of houses.

Authorities feared the four major fires would be whipped up by the region’s notorious westward Santa Ana winds that could reach hurricane strength.

The winds, which blow in hot and dry from the California desert, could reach 75 miles per hour (120 kph) on Thursday and create “extreme fire danger,” according to an alert sent by the countywide emergency system in Los Angeles. 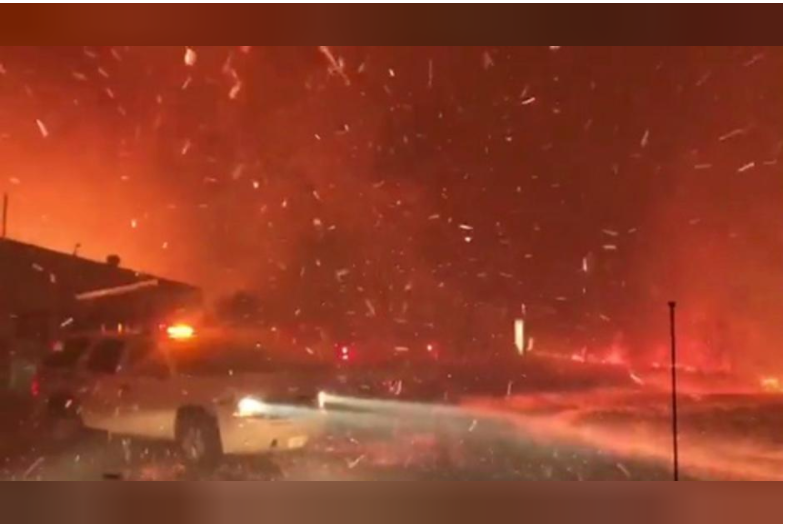 Wildfires are seen from a highway in Ojai, California, U.S. December 7, 2017. INSTAGRAM @EPN106 via REUTERS THIS IMAGE HAS BEEN SUPPLIED BY A THIRD PARTY. MANDATORY CREDIT. NO RESALES. NO ARCHIVES

The fires, which broke out on Monday and Tuesday, have reached into the wealthy enclave of Bel-Air on Los Angeles’ West Side while creating traffic nightmares in the densely populated area.

No civilian casualties or fatalities have been reported but three firefighters were injured, the Los Angeles Fire Department said.

The Los Angeles Unified School District, the country’s second largest with more than 640,000 students, said it closed at least 265 of its nearly 1,100 schools.

Dozens of schools also were closed in neighboring Ventura County, where the largest of the area blazes, the Thomas Fire, has charred more than 96,000 acres (38,850 hectares). The school district, with nearly 17,000 students, hoped to reopen on Monday.

“But that will only happen if a number of factors are in place that will guarantee the health and safety of our students and staff,” Ventura Unified School District Superintendent Dave Creswell said in a statement.

Video and photographs on social media showed towering flame-covered hillsides along busy roadways on Wednesday as commuters slowly made their way to work or home, rows of houses reduced to ash and firefighters spraying water on walls of fire as they tried to save houses.

A helicopter drops water on a vineyard owned by Rupert Murdoch damaged by the Skirball fire near the Bel Air neighborhood on the west side of Los Angeles, California, U.S., December 6, 2017. REUTERS/Andrew Cullen

Another blaze, the Rye Fire, threatened more than 5,000 homes and structures northwest of Los Angeles.

The Skirball Fire in Los Angeles has forced hundreds of residents in the wooded hills near the affluent Bel-Air neighborhood to evacuate and charred more than 475 acres (192 hectares).

Skirball threatened media magnate Rupert Murdoch’s Moraga Estate winery. The property was evacuated, with possible damage to some buildings, Murdoch said in a statement. “We believe the winery and house are still intact.”

Additional evacuations were called for late Wednesday in the Ventura area, where 50,000 people had already fled their homes over the last three days.

The fires are the second outbreak to ravage parts of California this autumn. The celebrated wine country in the northern part of the state was hit by wind-driven wildfires in October that killed at least 43 people, forced some 10,000 to flee their homes and consumed at least 245,000 acres (9,900 hectares) north of the San Francisco Bay area.