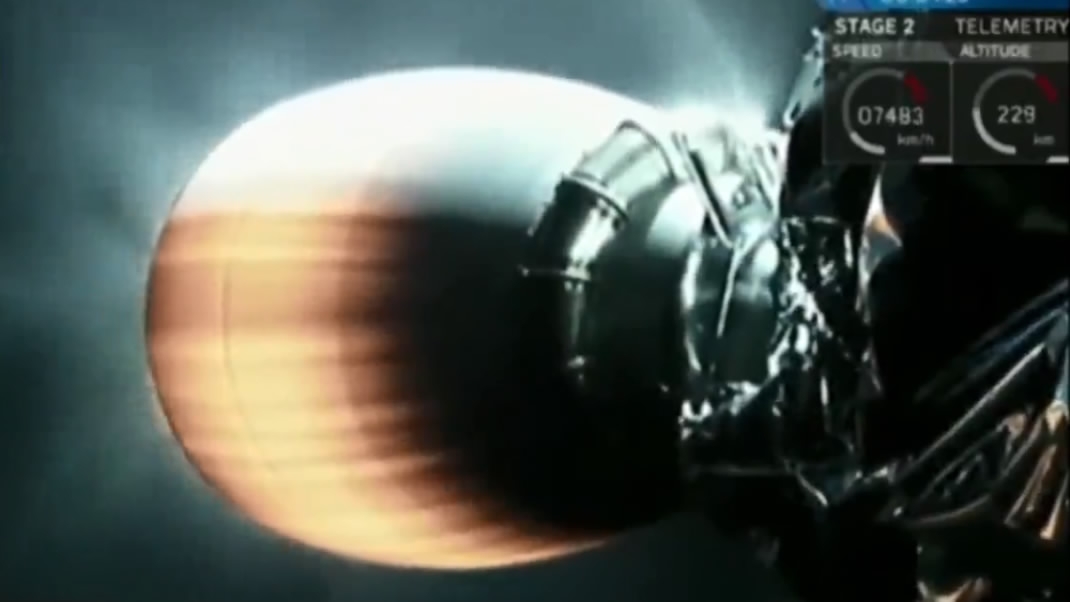 Space-X, which proved the utility of its massive Falcon Heavy rocket earlier this month, put up the Paz imaging satellite and two of the company's own test internet communications satellites on a smaller Falcon 9 rocket.

"Successful deployment of PAZ satellite to low-Earth orbit confirmed," Space-X said about nine minutes after liftoff at 6:17 AM (1417 GMT) from Vandenberg Air Force Base on the central California coast.

The Paz satellite, from the Spanish government-controlled Hisdesat satellite operator, was sent into a low-earth orbit vertically circling the north and south poles, giving it a constant sunlit view of the earth's surface below.

The launch took  place a day later than planned; liftoff was scrubbed Wednesday due to high winds in the upper atmosphere.

In Thursday's launch, Space-X did not attempt to land the first stage of the rocket on a sea-anchored barge as it had with the February 7 Falcon Heavy launch.

Instead it tested the ability to catch the falling nose cone from the rocket on a small ship mounted with a massive trampoline like those set up as safety nets under circus aerialists.

The faring was to descend with a guided para-foil to slow its speed and carry it into the ship.