HEADLINE SpaceX gets US regulator to back satellite internet plan

SpaceX gets US regulator to back satellite internet plan 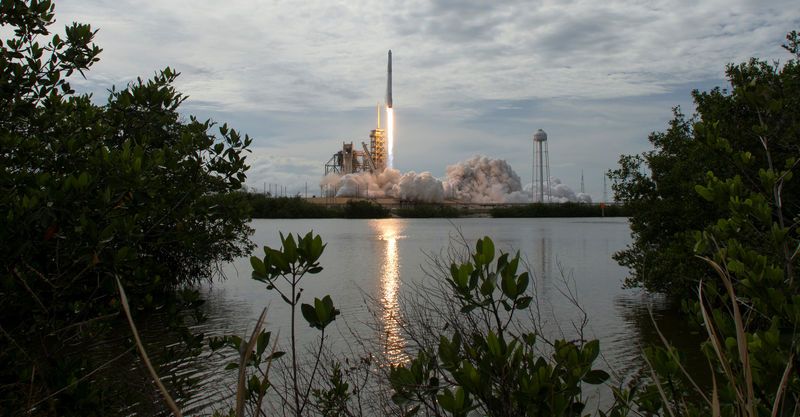 FILE PHOTO: The SpaceX Falcon 9 rocket, with the Dragon spacecraft onboard, launches from pad 39A at NASA's Kennedy Space Center in Cape Canaveral, Florida, U.S., June 3, 2017. NASA/Bill Ingalls/Handout/Files via REUTERS

Elon Musk’s SpaceX, fresh off the successful launch this month of the world’s most powerful rocket, won an endorsement on Wednesday from the top U.S. communications regulator to build a broadband network using satellites.

Federal Communications Commission Chairman Ajit Pai proposed the approval of an application by SpaceX to provide broadband services using satellites in the United States and worldwide.

“Satellite technology can help reach Americans who live in rural or hard-to-serve places where fiber optic cables and cell towers do not reach,” Pai said in a statement.

SpaceX told the FCC in a Feb. 1 letter that it plans to launch a pair of experimental satellites on one of its Falcon 9 rockets. That launch, already approved by the FCC, is set for Saturday in California.

The rocket will carry the PAZ satellite for Hisdesat of Madrid, Spain and multiple smaller secondary payloads.

On Feb. 6, the company launched the world’s most powerful rocket, SpaceX’s Falcon Heavy, from Florida. The 23-story-tall jumbo rocket carried a Tesla Inc Roadster from the assembly line of Musk’s electric car company. 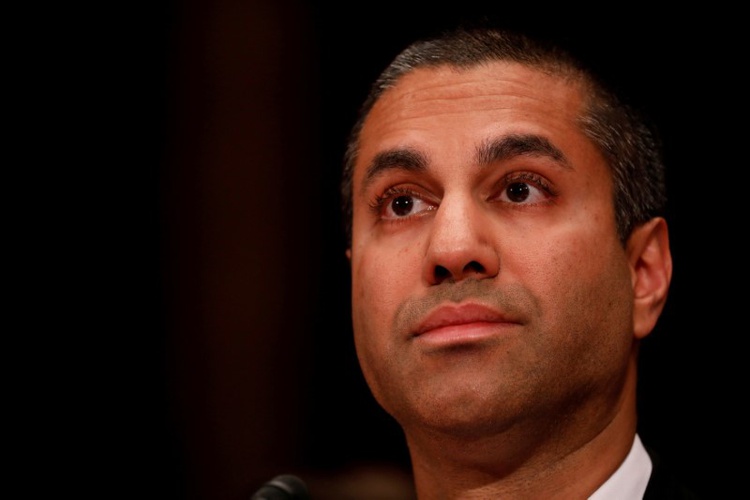 Pai said after a staff review he was urging approval for SpaceX, saying: ”it would be the first approval given to an American-based company to provide broadband services using a new generation of low-Earth orbit satellite technologies.”

“They will multiply the number of satellites in the skies, creating extraordinary new opportunities ...The FCC should move quickly to facilitate these new services while underscoring our commitment to space safety,” she said.

Musk said in a speech in 2015 in Seattle that SpaceX planned to launch a satellite-internet business that would help fund a future city on Mars. He said the company wanted to create a “global communications system” that he compared to “rebuilding the internet in space.” It would be faster than traditional internet connections, he said.

Over the past year, the FCC has approved requests by OneWeb, Space Norway, and Telesat to access the US market to provide broadband services using satellite technology that, the FCC said, “holds promise to expand Internet access in remote and rural areas across the country.”

The approvals are the first of their kind, the FCC said, for “a new generation of large, non-geostationary satellite orbit, fixed-satellite service systems.” It said it is also processing similar requests.

In January, Telesat launched a satellite operated by the Indian Space Research Organization to deliver “high-performing, cost-effective, fiber-like broadband anywhere in the world” and will conduct trials this year.

The US government is working to try to bring high-speed internet access to rural areas that lack service. About 14 million rural Americans and 1.2 million Americans on tribal lands lack mobile broadband even at relatively slow speeds.