Spotlight on Two Sessions: Chinese ministers speak to the media at Ministers' passage

The number of 4G mobile subscribers in China is almost one billion, the Minister of Industry and Information Technology Miao Yu said at the Ministers' Corridor interviews on Monday. 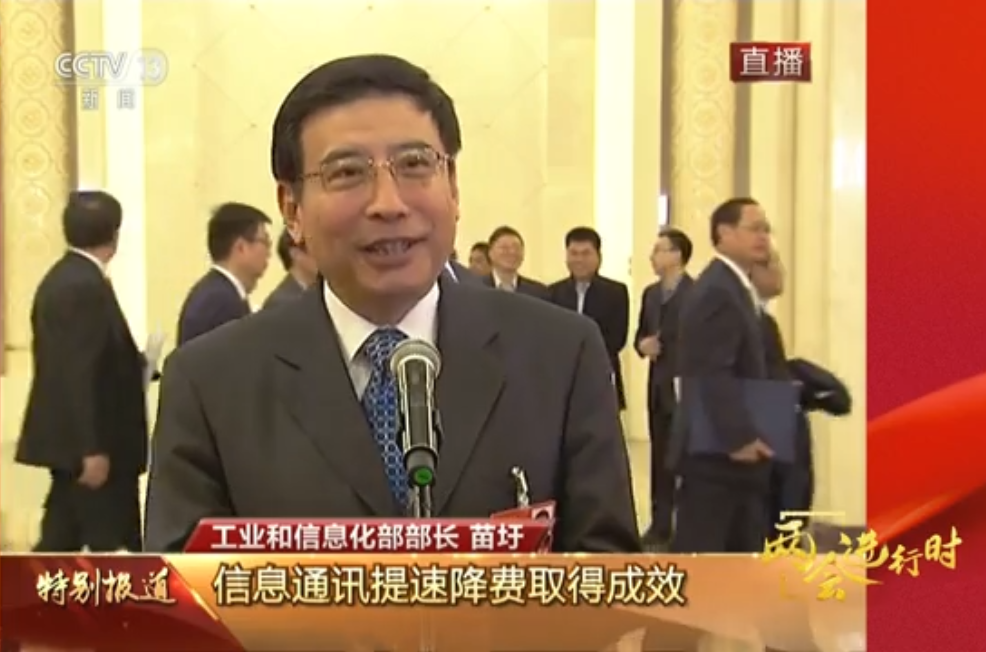 In terms of cost rate reduction, each unit user’s telecommunication cost is declining.

China has made remarkable achievements in the field of new energy vehicles. In terms of industrial scale, China ranks the first in the world in output scales for the third year in a row. In 2017, the annual sales volume was close to 800,000, up more than 50 percent year-on-year. With the improvement in technology for charging facilities, Miao believes the trend of rapid growth in new energy vehicle sector will emerge.

The Communist Party of China (CPC) has long been in power, the biggest threat is corruption. The anti-corruption is long-term campaign. To achieve victory in the campaign, it is necessary to continue to strengthen the CPC’s leadership, said Minister of Supervision Yang Xiaodu. 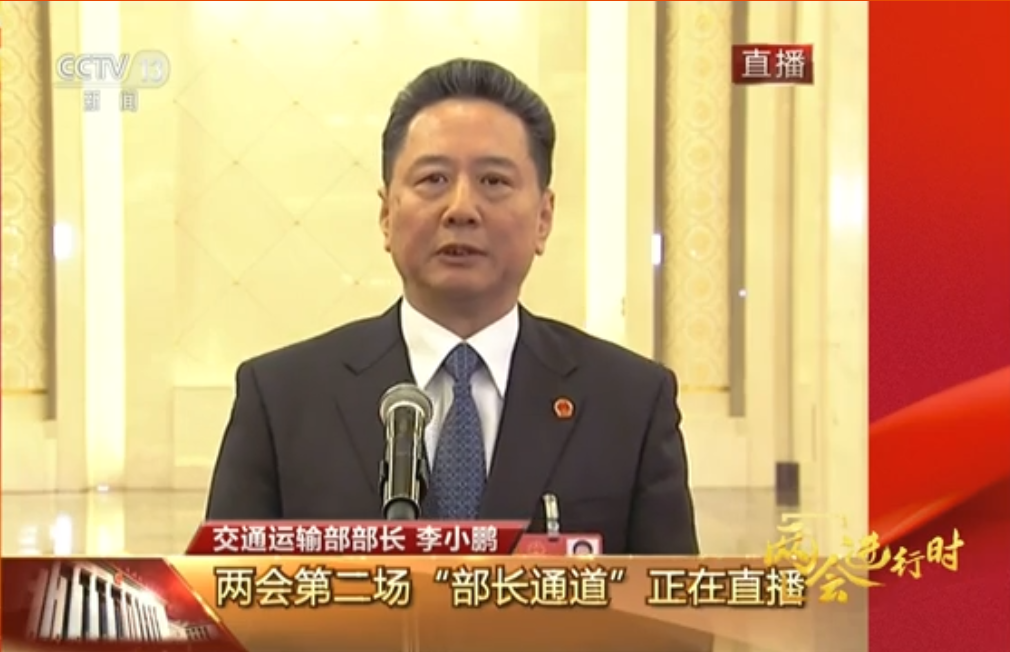 China will beef up the construction of a number of key backbone transport projects, such as the Beijing-Xiongan New Area Expressway. China will improve service quality and promote environmental protection and ecological construction. The country will also strive to build a backbone network of traffic and serve the development in urban areas, Transport Minister Li Xiaopeng said.

The total length of rural roads put into operation has reached 4 million kilometers, which provides strong support for rural development, further construction will be invested in the rural roads development, Li said. 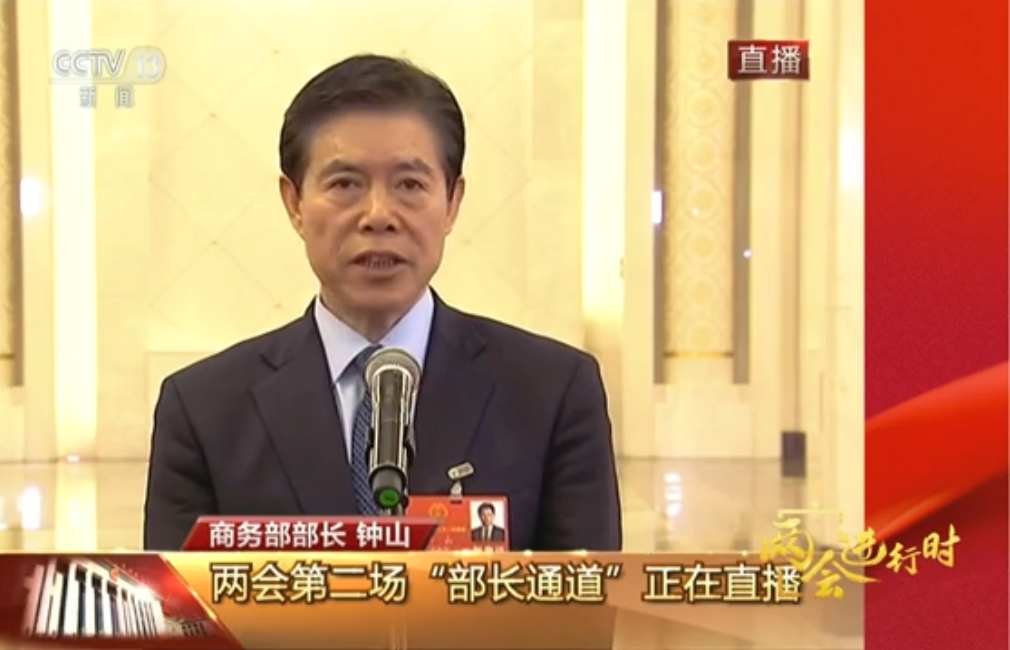 In 2017, China’s foreign trade growth turned out to be beyond expectation, Zhong said.

In 2018, China targets to create a new image in quality and Chinese brands in foreign trade and strive to promote the building of a foreign trade powerhouse, Zhong said. 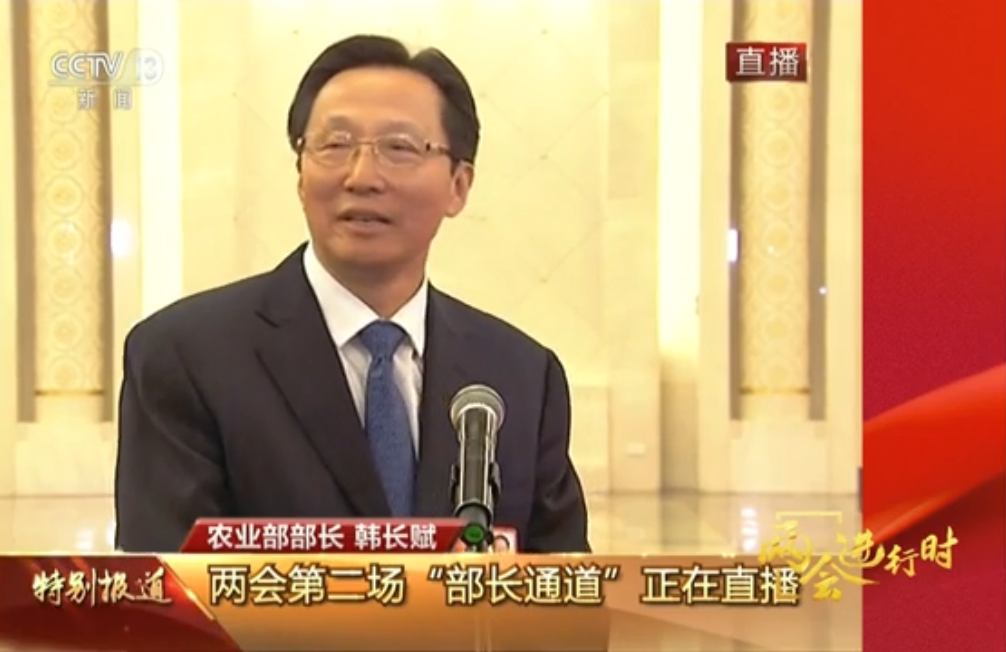 The grain yield in China has indeed been bumper year after year. The chemical fertilizers have indeed played an important role in increasing grain output; however the growth is also result from supportive policy, technology and investment, Agricultural minister Han Changbin said.

Next, China will focus on green farming, Han said. 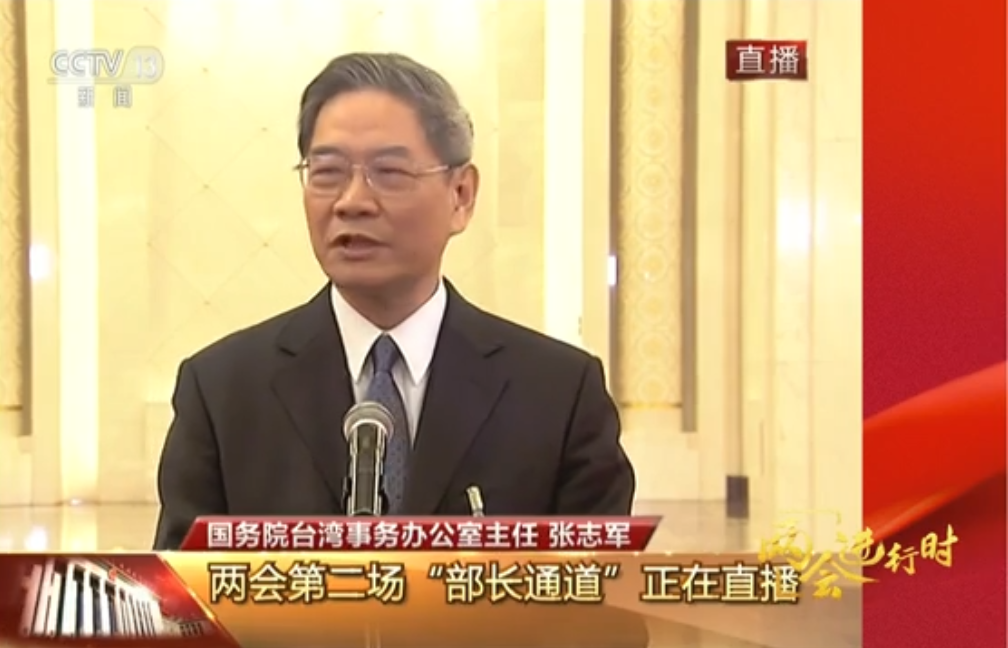 The situation in cross-strait relations is becoming more and more complicated. The work on Taiwan also face more risks and challenges. The negative factors cannot stop the progress of cross-Strait relations and will not change the process of peaceful unification, said Zhang Zhijun, head of the Taiwan Affairs Office of the State Council.

"However, if some people insist on supporting 'Taiwan independence' and destroying our home, the Chinese people, including Taiwan compatriots, won't allow it," he said.

Zhang also said the tension between the mainland and Taiwan has been caused by Taiwan administration's failing to recognize the 1992 Consensus, which embodies the one-China principle.

Corridor interviews take place on the path leading toward the main hall of the Great Hall of the People, where group interviews are arranged on the sidelines of major meetings.